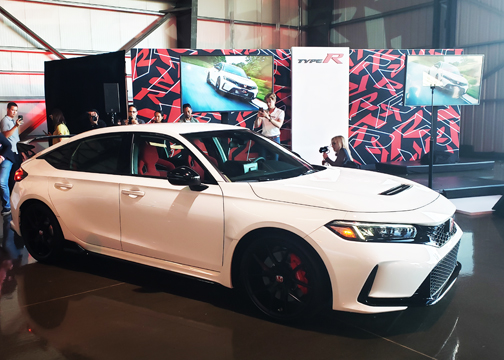 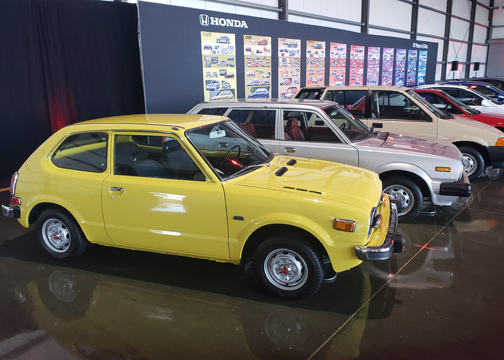 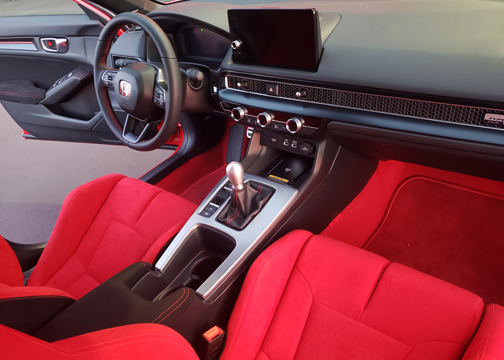 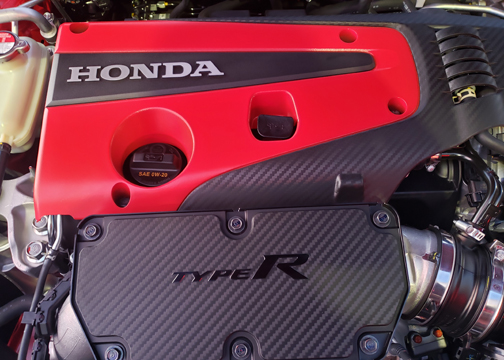 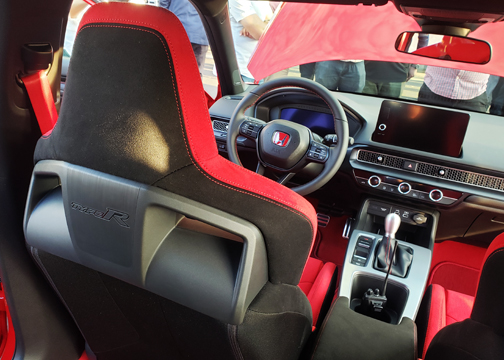 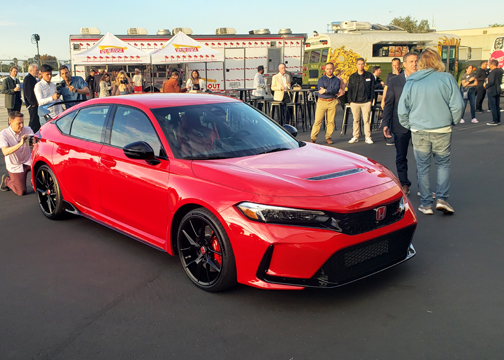 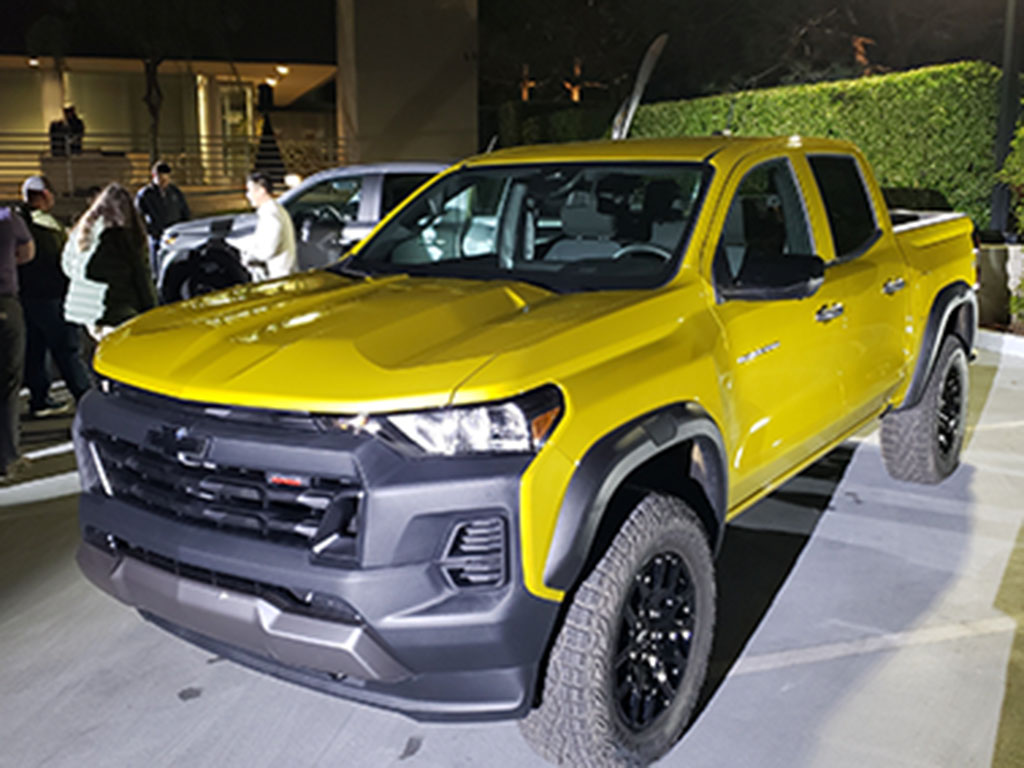 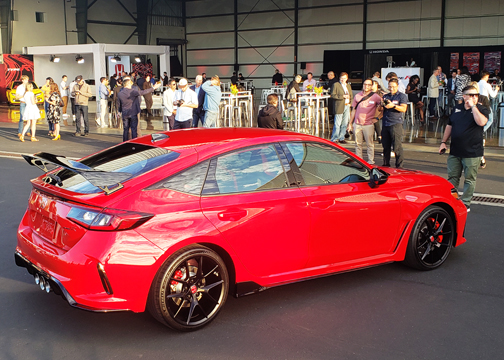 Since its introduction in America in 1973, the Honda Civic has been the most popular compact car. The Japanese company has produced more than 30 million Civics worldwide. A vehicle that has become an icon in the industry and is liked by the youth and families alike.

In 1986 the Si model came out, becoming the most powerful version in the Civic range. Now in its eleventh generation, the Civic is offered in Type R trim, the pinnacle of performance for those who love speed.

The presentation took place in a hangar at Hawthorne Airport. The reason is that Honda also manufactures airplanes and several celebrities arrived in the latest version of the Honda Jet. Honda is the only manufacturer worldwide that supplies all types of engines for every application. From lawnmowers to speedboat engines. In the automotive sector, their cars are offered with combustion engines, electric motors, hybrids, and hydrogen cells.

The new Honda Civic Type R has become the most powerful model in the 30-year history of the Civic. It has not been disclosed how powerful it is, but rumors talk about 350HP. It was designed from the ground up to deliver high performance and exciting handling. The Japanese company participates in the IndyCar and Formula 1 series, so many loyal fans relate to the company's racing ambitions.

Engineers have put the Civic Type R to the test at the famous Nürburgring track in Germany, and the car has set a new record (for a front-wheel drive car) at the Suzuka F1 circuit.

The two-liter engine has turbo and variable camshafts. The manual transmission is six speed. Huge Brembo brake calipers have been incorporated for hard braking. And the 19-inch wheels are shod with 265mm Michelin Sport S tires. The adrenaline rises as fast as the engine revolutions when you get behind the wheel in the competition-type bucket surrounded by a red napa interior.

The body almost touches the ground, and the hood has a huge opening to cool the engine. Finished in Competition White color and with a massive spoiler on its rear, just one glance does let s you know that this Honda has the DNA of a Formula 1 machine.

This Civic has increased in size and price. Although it is still in the compact segment, the car is larger than the Honda Accord ten years ago. Something that makes it more comfortable. But the Type R version is equipped with a shock absorber to face the curves on road courses. And the rims, with a minimal profile, transmit everything to the wheel. Something valid for high-speed driving but not so smooth for Los Angeles freeways. In itself, it may not be a car for every day. It is a little "nervous" and, like young people, full of energy that must be controlled to avoid getting into trouble.

During the event, I could appreciate the different generations of the Civic since Honda brought all the versions from the Honda museum. Something that visually showed us the trajectory of what would become the brand's best-selling car. The Type R is a special car that demonstrates Honda's drive and passion