The Comedian With an Ultra-Minimalist Skin-Care Routine
Elsa Majimbo opens up about her refreshing fragrance philosophy and her love of long nails for this edition of My Beauty Ritual. 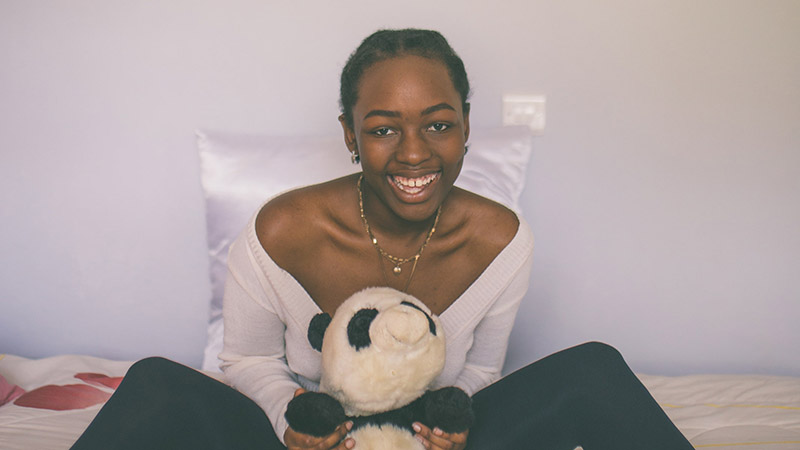 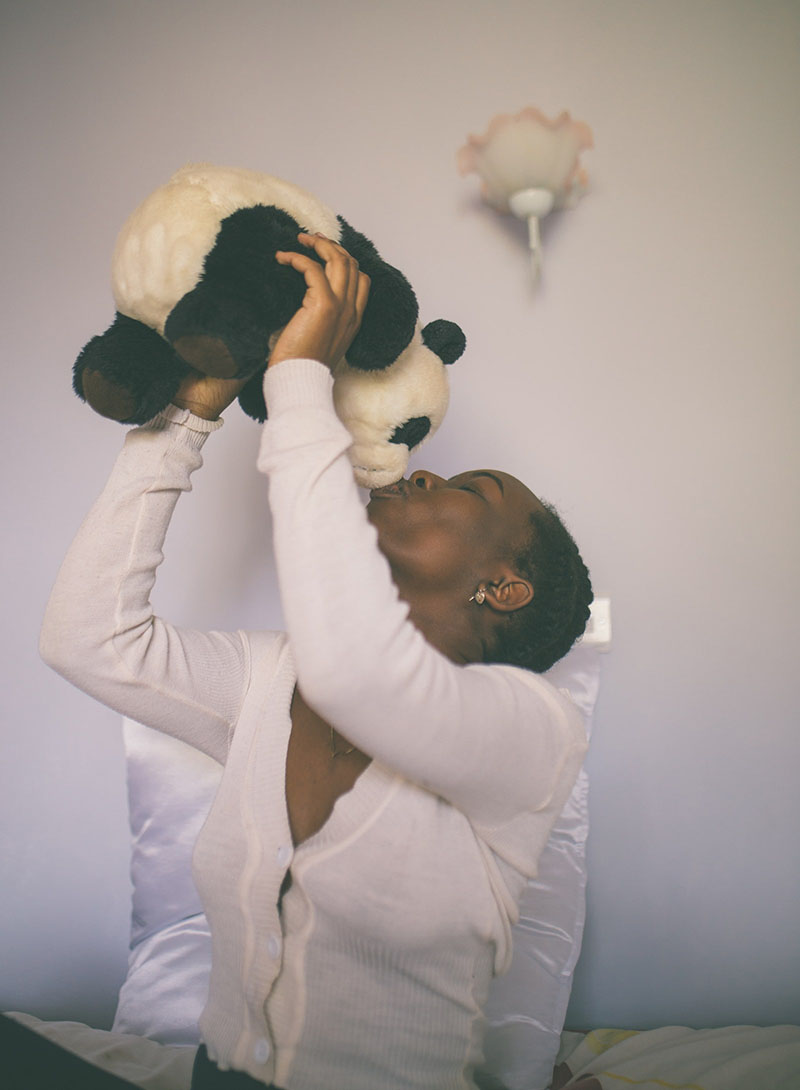 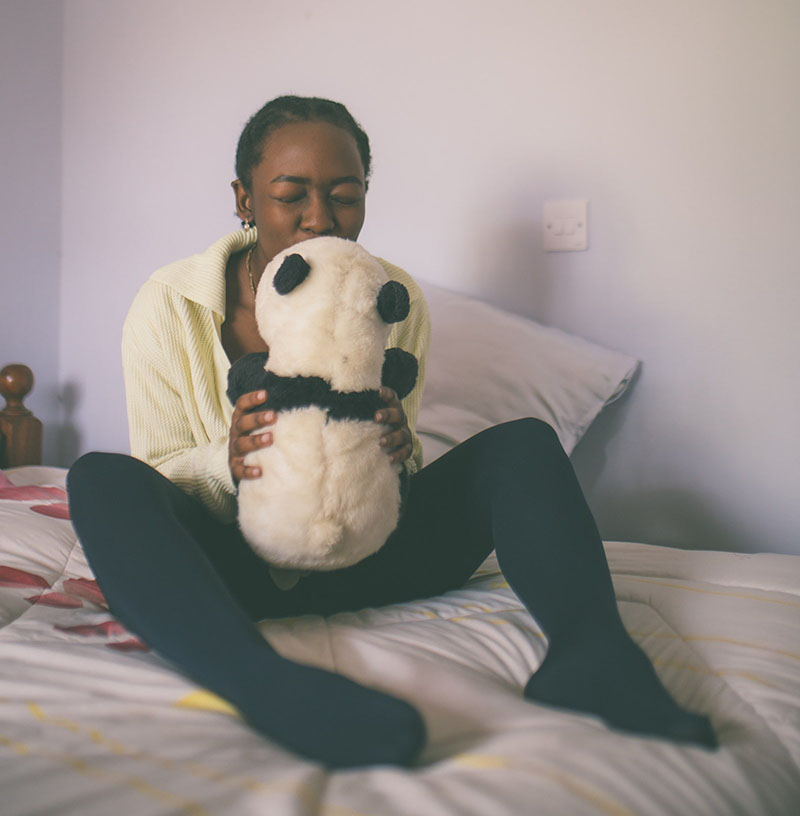 The Comedian With an Ultra-Minimalist Skin-Care Routine

Elsa Majimbo opens up about her refreshing fragrance philosophy and her love of long nails for this edition of My Beauty Ritual.


Welcome to My Beauty Ritual, a series where editors, experts, and pros reveal the ways in which they use beauty as a method of self-care. In this month's installment, Elsa Majimbo explains why humor is essential to self-care and describes her minimalist skin-care routine.

Comedian Elsa Majimbo was her own first fan. She started recording her videos — which are fucking hilarious — to pass the time. "Initially, I would make my videos to make myself happy. I would watch my videos and I would just laugh. It used to make me so happy and I would just die. And I would watch my videos again and again and just be like, 'You're a genius,'" Majimbo tells me. Humor is a big part of her self-care, clearly, and it's cheering me up too. Once she realized how funny she was, Majimbo started posting her videos on the internet and it became apparent that other people agreed with her, though she probably wouldn't have cared if they didn't.

When she started out, she only had around 400 followers and assumed that people might start unfollowing her once she revealed her offbeat comedic style, which often involves her laughing and eating chips between making hilarious statements often just shy of making a good point. (Some Majimboisms: “If I work hard, I get a job. If I get a job, other people don't get jobs because I took the job. I'm creating unemployment,” and “If I don't reply to your text, you spend less time on your phone. When you spend less time on your phone, you're free!”) But that didn't happen. Instead, people started flocking to her videos and encouraging her. "And you know at that time it was only my friends who used to follow me, so I used to be like, 'They're lying to spare my feelings.' But then more people liked my videos and I was like, ‘Oh, maybe I actually am funny,'” she says.

While comedy is a great coping mechanism, we all need more than one in our self-care tool kit and, thankfully, Majimbo has many others. "Sometimes, I feel hungry, and me picking up my phone and just dialing KFC … for me that's self-care. Or when I'm just in the house and I hear my dog barking, and I run outside and we play, that's self-care too," she says. She continues, "Sometimes it can be just cleaning myself, doing my hair. I love doing my hair. It makes me feel so nice, and almost like, 'Ooh, it's fabulous.' That's also self-care, so it changes with the moment."

Majimbo tells me that most of her beauty decisions are based on just wanting to watch Netflix or eat more anything else, so she keeps her beauty routine super natural, including for her videos, which she usually films makeup-free and with her hair in twists. Her fans immediately locked onto this. "When everyone caught wind of my videos, they're like, 'Oh my God, she's so natural. Everything about her is so natural,'" she says. She does have a bit of a secret, though: She loves long nails.

"I like my nails to always be clean," she says. "Also, I like really long nails, like Cardi B. But I don't want to scare anyone yet, so I'll start small. I'll start with the short nails and then I'll go longer, and then that's when I'll be like, 'Boom, guys! This has always been me. This is literally my life.'"

As far as beauty, she pays the most attention to her skin, which she is vocal about loving. It's refreshing to hear someone talk about themselves so positively and not once mention anything about themselves they don't like. "Literally, I love my skin, because it just ... It's always so nice. That's why I always drink water, because the idea of my skin breaking out, for me, I dread it. I don't put any products on my skin because they feel weird on my skin," she says. She does mention that she uses petroleum jelly as a moisturizer, but get this — she only uses water to wash her face. Her skin is just perfect on its own.

When she's in a bad mood, has been crying, or just generally needs a pick-me-up, Majimbo has a fail-safe method of cheering herself up: putting clothes on straight from the dryer. "They still smell like soap and goodness. That just always makes me feel better, always, always. I will go shower, and then I wear the freshest, freshest, freshest clothes," she says.

Speaking of smelling like soap, Majimbo recalls a time she was staying at a friend's place and she spritzed herself with fragrance before bed, a practice her friend questioned. It's something Majimbo has always done and thought it was normal; she has always liked to smell good and thought other people did too. Her friend, however, told her it was something you did when you were going out, not when you were staying in and going to sleep. "I was like, 'Do you smell good for other people? That's scary.' I like it when my skin feels nice, my lips feel nice, and my house feels nice. And I like to smell good for myself," she says.

Toward the beginning of the pandemic, I'd stopped wearing fragrance because it was typically the last thing I did before I left the house in the morning and I just forgot to do it. A few months ago, I started again and it has greatly improved my mood. Keeping up with beauty and self-care-related rituals just for ourselves the way Majimbo does, rather than for others, is a lesson that all of us could learn and I was glad to be reminded.

All products featured on Allure are independently selected by our editors. However, when you buy something through our retail links, we may earn an affiliate commission.

The Comedian With an Ultra-Minimalist Skin-Care Routine
Elsa Majimbo opens up about her refreshing fragrance philosophy and her love of long nails for this edition of My Beauty Ritual.