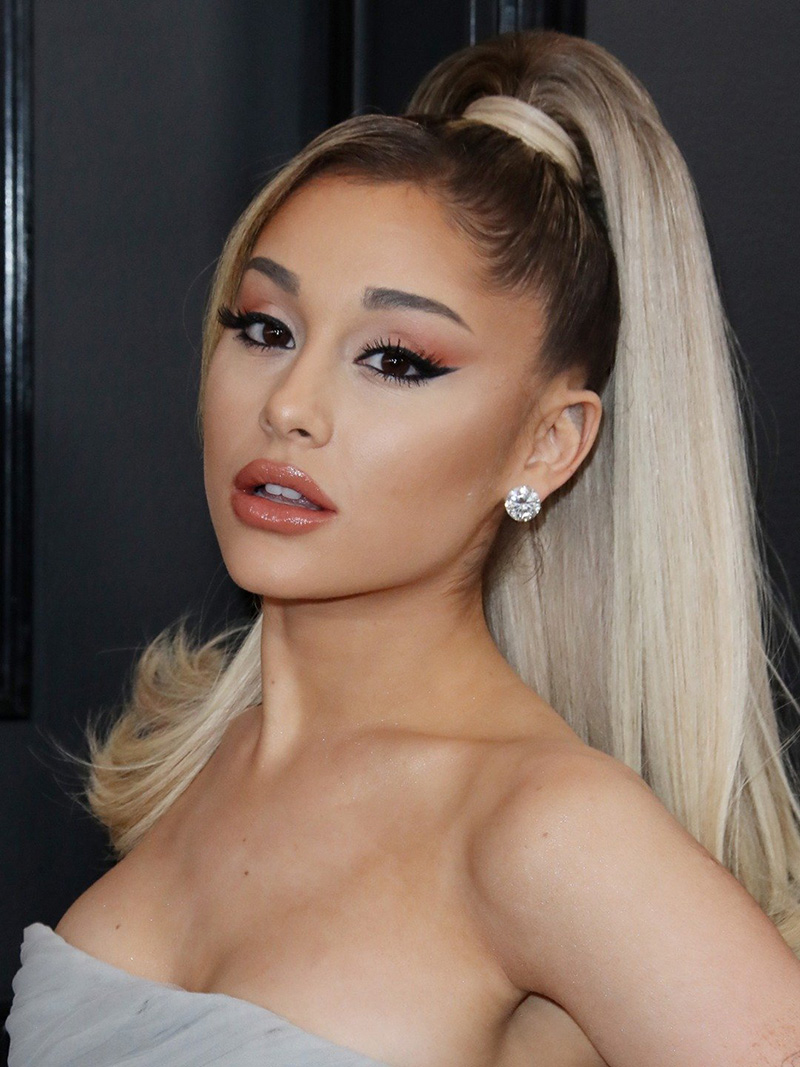 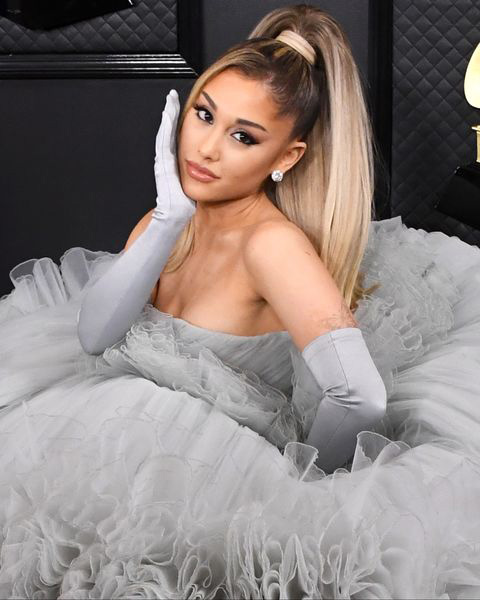 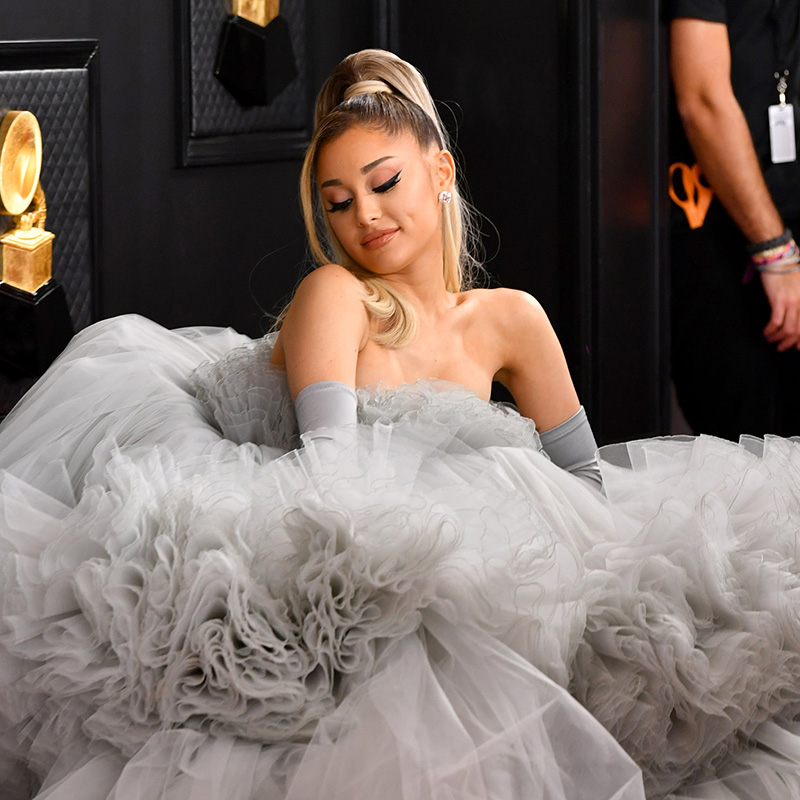 ARIANA GRANDE'S POSITIONS HAS A SONG FOR EVERY MOOD
YOU ALREADY KNOW WHICH ONE '34+35' IS
Ariana Grande’s highly anticipated sixth studio album, Positions, dropped today (October 30) and is full of the empowering and relatable bops we expect from the pop princess. An R&B-influenced follow-up to her February 2019 album Thank U, Next, Positions finds Grande confidently and happily singing of healing through new love. Second song “34+35,” for example, finds her candidly embracing her sexuality with her partner in a way she hadn’t in previous songs, while “Obvious” is a celebration of how newfound, unexpected love can be both freeing and comforting.
She first announced the new era of music via Twitter on October 14 by telling fans of an album release at the end of the month, and she teased the LP until release day by posting the tracklist, where collaborations with Doja Cat, The Weeknd, and Ty Dolla Sign could be spotted. Grande also dropped the fierce feminist video for “Positions,” featuring outfits inspired by Hillary Clinton, Alexandria Ocasio-Cortez, and Jackie Kennedy, each of them standing as a reminder that women can be smart, powerful, and sexy. Now that it’s here, it’s clear that Positions is a personal album and that Ariana’s music is suited to soundtrack every moment of life.
If you’re wondering which track you should listen to based on your current mood, we broke it all down for you. You can thank us later.
"SHUT UP"
Listen to it when you’re feeling: like a boss
Key lyric: “How you be using your time / You be so worried about mine”
Writing this for her haters, Ariana shows us all how to gracefully tell our haters to quit it. This song can be played for anyone who speaks to you before your morning coffee.
"34+35"
Listen to it when you’re feeling: amorous
Key lyric: “Can you stay up all night / Fuck me ‘til the daylight”
Her most sexually explicit song to date, Ariana makes no bones about wanting sex with her beau all the time over a frisky backbeat. This song is a great bedroom tune for that Netflix and chill time with your own partner — something she nods to by singing, “Watching movies, but we ain't seeing a thing tonight.”
"MOTIVE" (FT. DOJA CAT)
Listen to it when you’re feeling: thoughtful
Key lyric: “Before I lead you on / Tell me what’s your motive”
In this ‘90s-inspired collaboration, Grande wonders whether she’s moving too fast with someone while Doja Cat wonders what this new love’s motivations are, confidently asserting that she needs a “real bona fide” and asking whether they “want a trophy or want to sport me, baby.” This song will have you checking out that virtual date twice more, reminding you to think before rushing a new relationship.
"JUST LIKE MAGIC"
Listen to it when you’re feeling: confident
Key lyric: “I get everything I want ‘cause I attract it”
Grande manifests positivity and self confidence in this sweet song, which will fill you with confidence before nerve-wracking big life events.
"OFF THE TABLE" (FT. THE WEEKND)
Listen to it when you’re feeling: heartbroken
Key lyric: “Never thought you’d be so hard to replace”
With a “Love Me Harder” reference from The Weekend and the reliability of Grande’s crooning about going through a breakup that she’s had to heal from, all the right notes are hit here. This song speaks to feeling like you’ll never find love again after losing it.
"SIX THIRTY"
Listen to it when you’re feeling: unsure
Key lyric: “When I’m old and stuck, will you still have a crush?”
Over an ethereal beat complete with string flourishes, Grande wants her partner to stay by her side because she may “lose it” later on. This song reminds all of us that we deserve love regardless of our flaws.
"SAFETY NET" (FT. TY DOLLA SIGN)
Listen to it when you’re feeling: unprepared
Key lyric: “I came to peace with my past / Now you got me off track”
This collaboration finds Grande tripping over her new love and reminds us that love can be unexpected and healing. To that end, Ty Dolla Sign delivers a potent recipe for reconciliation: “Wе hit that jewelry store and wе gon' ball out / Sometimes we have some fallouts / Put some ice on you, girl, let it thaw out.”
"MY HAIR"
Listen to it when you’re feeling: generous
Key lyric: “Usually don’t let people touch it, but tonight you get a pass”
Singing about letting her man touch her very famous hair, Grande relaxes the rules around her beau. This slinky, nocturnal, and slightly jazzy song reinforces the need for others to ask permission to touch any part — and the exhilaration that comes with giving consent.
"NASTY"
Listen to it when you’re feeling: spicy
Key lyric: “Boy, you know the vibes / Take what’s on your mind, make it real life”
Sounding like a nastier version of “The Way,” Grande doesn’t shy away from wanting to get freaky with her partner. Complete with some ghostly whistle notes up front, this song reminds you that your relationship can be spicy, even in quarantine.
"WEST SIDE"
Listen to it when you’re feeling: irresistible
Key lyric: “I’m gonna be your new favorite”
Grande sings of being all her love could want and giving him things to look forward to: “Tell ‘em you closing the door, I’m the only for sure” and “Let me keep it real. Just let me be in your life like that.” This song reminds us that there are always things to look forward to in life.