Why luxury retailers are tapping into streetwear
Address: a
Phone: 1
By: Sahar Nazir   |  Email: marcusgraydev@gmail.com 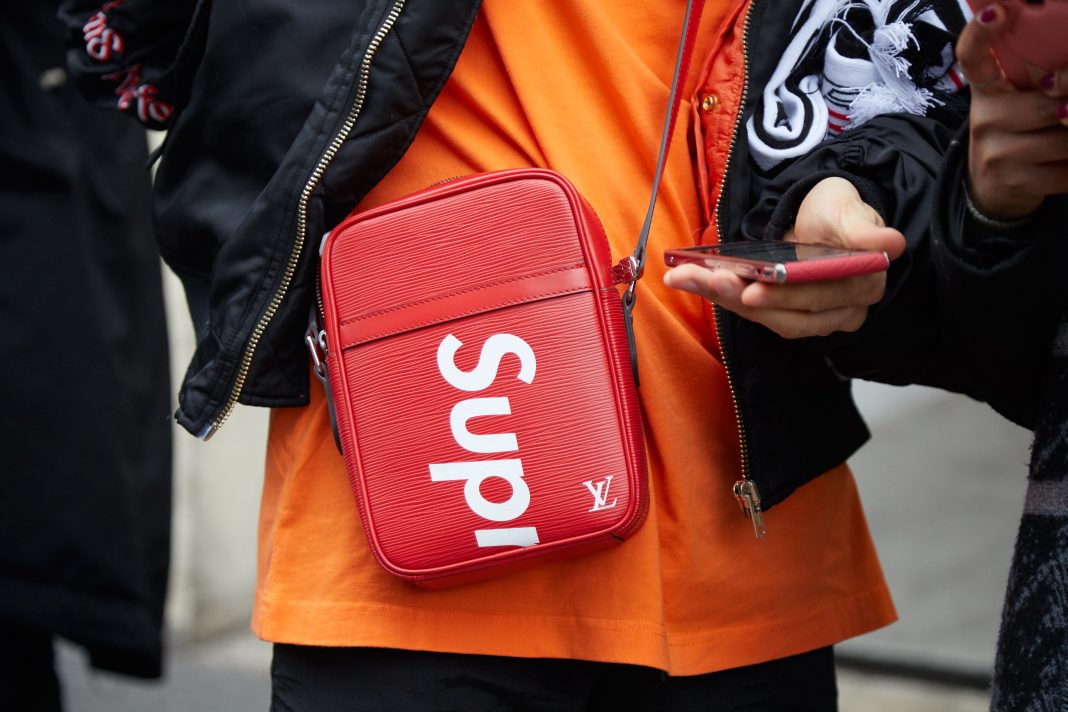 If you’ve only just heard of Supreme and Palace, you might think they’re 20-something-year-old skate and surf retailers, but these brands are much more than that.

Streetwear is no contemporary movement. Rooted in skate, surf and hip-hop cultures since the late 20th century, it’s paved the way to an underground market of logo-mania activewear, constituting the “sneakerhead” and “hypebeast” subcultures.

These personas are some of the few reasons streetwear retailers are experiencing high demand as it’s no longer aimed at an economical fan base. In fact, its rise to popularity is accredited to its high prices and extravagant status.

In recent years, luxury retailers have partnered up with streetwear brands to tap into a younger consumer base and to experiment with different styles.

“They are inherently creative and challenge both brands to consider their limits. Co-branding creates unique, rare and, therefore, highly desirable products that create demand and even hysteria in some devotees.

Newton added that consumers, including millennials, are happy to trade up and down from mid-market price points, allowing them to buy “absolute” luxury items alongside cheaper ones.

Jade Tomlin, creative director of business consultancy Tribal Worldwide London, pointed to Louis Vuitton’s partnership with Supreme in 2017 as an example of this.

“[The collaboration] saw over 2000 shoppers flock to the London store on launch day and so success came in two waves: not only was brand awareness increased, but its audience dramatically diversified,” she told Retail Gazette.

Evidence of the huge global success of Louis Vuitton’s collaboration with Supreme was seen in a 2017 trading update from the former’s parent company LVMH, when it reported a 21 per cent year-on-year revenue growth for “fashion and leather goods”.

In addition, pop culture icons such as Madonna, Lady Gaga and Justin Bieber were all spotted wearing Louis Vuitton and Supreme’s pieces, which inevitably drove further sales for the collaboration.

Since then, various other high-profile collaborations between luxury and streetwear brands have emerged, such as Ralph Lauren’s partnership with Palace, and Fendi with Fila. But what else are these luxury retailers achieving from the collaborations besides a growing number of young fans?

According to Megan Rowlands from retail design agency Sheridan & Co, it allows them to reflect diversity within the industry as it is now “essential to all brands in keeping relevant”.

One totally unexpected collaboration was Ralph Lauren and Palace, mainly because the latter as a streetwear brand has only ever done one partnership previously – with Adidas.

One can argue that collaborations give luxury retailers an edge. An opportunity to represent and create styles which expand the retailers’ proficiency would consequently gain them a larger share of the market.

“Rather than watching and modifying styles from emerging designers, in collaboration, luxury retailers can part-own new styles and bring them to market themselves,” he said.

The power of social media and the way it is widely used by the younger generation is another aspect of the collaborations that cannot be ignored. Fashion retailers often promote products via their millions of followers on Instagram, or pay high-profile celebrity influencers  to promote it on their behalf.

“What constitutes ‘luxury’ has changed significantly since the advent of social media,” Joanna Lowry, a strategist from retail and brand consultancy Fitch, told Retail Gazette.

“For luxury retailers, it’s now about more than just tapping the cultural zeitgeist.

“For luxury retailers, it’s now about more than just tapping the cultural zeitgeist.”

“Streetwear collaborations are a tactical way of driving footfall to stores and creating cult scarcity around products.

“Clever collaborations repeatedly generate hype on release day (when the product ‘drops’) with the added bonus of high resale value. That’s in addition to generating a huge amount of social media buzz.”

Tomlin also commented that social media played a huge role in the way collaborations were perceived.

“In the last few years we have also seen a cultural shift, where the importance of individual style trumps the prestige of a label,” she said.

“Affluent, digital-savvy millennials are thinking differently about the way they consume fashion; they want to make a statement that’s conscious, unique, and, not-least, social media worthy.”

Besides collaborations, luxury retailers have also introduced own-brand streetwear designs in an attempt to tap into the younger consumer base.

Gucci is a prime example of this. Its chief executive Marco Bizzarri recently told Quartz that he regularly meets with a shadow committee that consists of employees who are under 30 as part of a strategy to give millennials a voice in the luxury fashion house.

Subsequently, Gucci released a limited edition streetwear-influenced New York Yankees range which was a success among its growing millennial consumers.

Why luxury retailers are tapping into streetwear