A car like no other !
Hispano Suiza Carmen is art on wheels 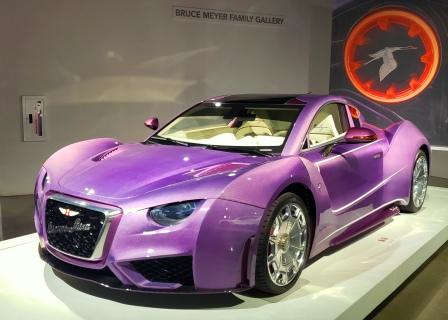 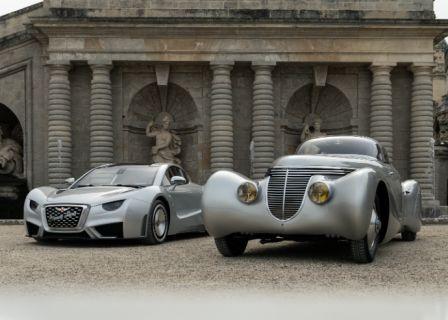 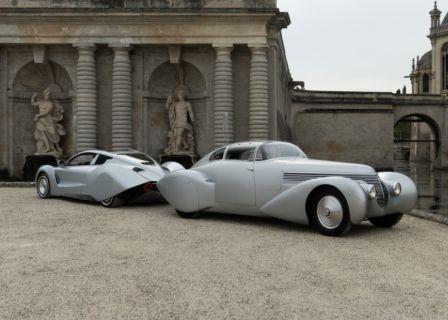 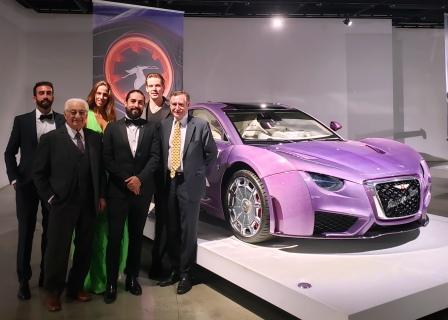 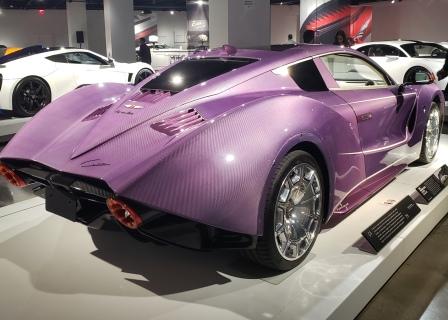 The Suque Mateu family has consistently been able to plan their future and expansion with flair and imagination. Based in the city of Barcelona, Catalonia (Spain), famous for being one of the trendiest cities in Europe, this group of enterprising relatives has helped define what today we call haute couture. In 1904 Damian Mateu, a successful financier, launched a car company to build the most reliable and luxurious vehicles for a demanding new wave of industrialist entrepreneurs. To this end, he partnered with a brilliant Swiss engineer, Marc Birkigt, to create such automobiles. Their nationalities gave name to the brand Hispano-Suiza. The first manufacturing plant was outside Barcelona, and Spanish King Alfonso XIII approved and supported its cars. By the 1920's, the Hispano-Suiza vehicles were on par with Bugatti, Rolls-Royce, and Isotta Fraschini. The power and elegance of earlier Hispano- Suiza cars are now highly praised and featured in the most exclusive car collections worldwide.

In 1923 the family bought the Peralada Castle and started their wine business. Later on, they open the first casino in Catalonia. Today, the Peralada Group has expanded its business interest to satisfy the world's elites' need for culture and leisure. One of the most successful European enterprises combines old traditions with the latest technologies. The group also has a library of more than 100,000 old books, an art gallery, a wine museum, a theater, and a golf course and organizes an annual cultural festival.

So it is no surprise that Carmen Mateu, in the 1970's wanted to bring back automobile production. In addition to luxury cars, Hispano Suiza built trucks, buses, and airplane engines in that sector. All that legacy needed to come back. It has taken some years, but a new Coupe is bearing the name Carmen, in honor of the lady's wish, and is rolling the street of Los Angeles. The hypercar Hispano Suiza Bouglone is like no other car in the world.

Sergio Martinez Campos, CEO of the car division, told me: "It is an honor to bring the car back. And we have been given the resources to build something special." And it starts with the name; Boulogne was the city of the first Hispano-Suiza race win. The car falls into the exotic hypercar segment, which means a bolide of impressive performance and limited production. The latest Hispano Suiza is an electric car with an 80 kWh, 700-volt battery, and one thousand horsepower. Four AC electric motors are in the car's rear to catapult this beautiful sculpture like a jet taking off an aircraft carrier.

The interior is handcrafted with the best leathers and custom-made to order by the owner. "The quality of craftsmanship is essential to us. Hard to do since leatherwork artists are just a few in today's world", said Martinez Campos. The digital instrument panel almost comes alive through high-end technology innovation. The ambiance is of luxury and quality that you can feel by touch.

The exterior is bold and futuristic. Based on the Hispano Suiza Dubonnet Xenia of the 1930s, a car like no other and that revolutionized exterior design at that time. The aerodynamic flow is visible at first sight, and the car seems to be rolling as you see it standing still. Made of carbon fiber, it is light and extra strong. Extreme care ensures each panel is perfect before it goes into the autoclave. The wheels are also unique. "The tire technology limits us," said Martinez Campos. "We can make it faster, but the tires wouldn't hold."

Eric Graciano, Director of Business Development, commented: "This Carmen is the beginning of a new Hispano Suiza car line. In addition to what you see, we are working on new developments in power trains that will be revolutionary." "The best is that we have a bit of freedom to push the envelope and continue the high quality and innovation legacy that set our cars apart in the past. Now we'll do it again." Judith Aldabo, also with the Barcelona firm, provided another perspective. She mentioned how important it is for the enterprise to incorporate Barcelona's cultural aspects, character, and fashion into the rolling sculpture. The car must impart the feeling of being unique beyond the power capabilities.

The Carmen Boulogne is something exceptional at many levels. Complete integration of technology, materials, and spirit. Like a stork in flight, it transmits awe, grace, and tenderness. Something that makes you stop and enjoy with all your senses.

A car like no other !
Hispano Suiza Carmen is art on wheels