The Best in the World
Pebble Beach Concours D'Elegance 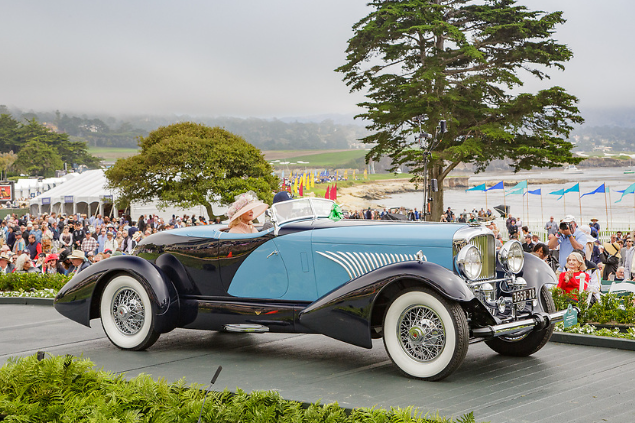 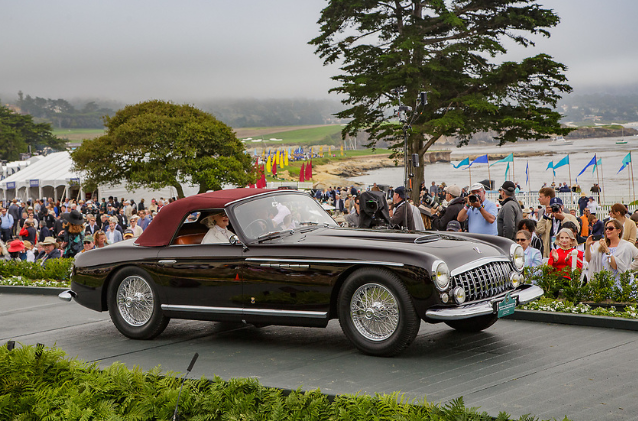 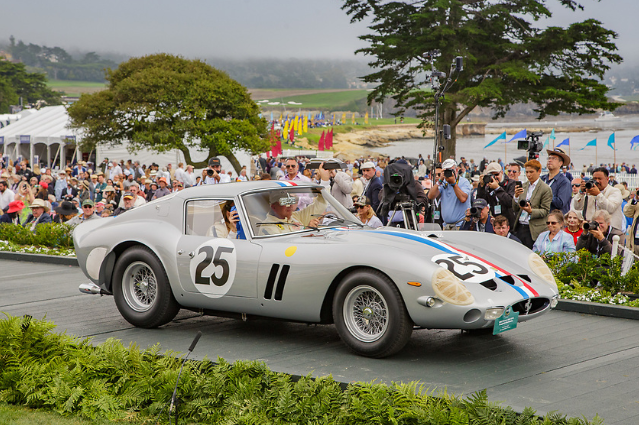 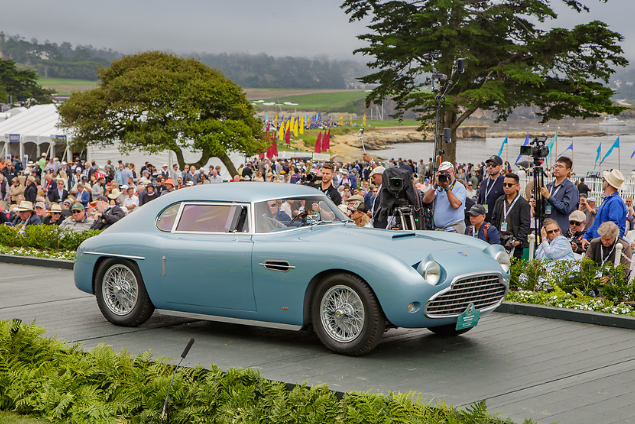 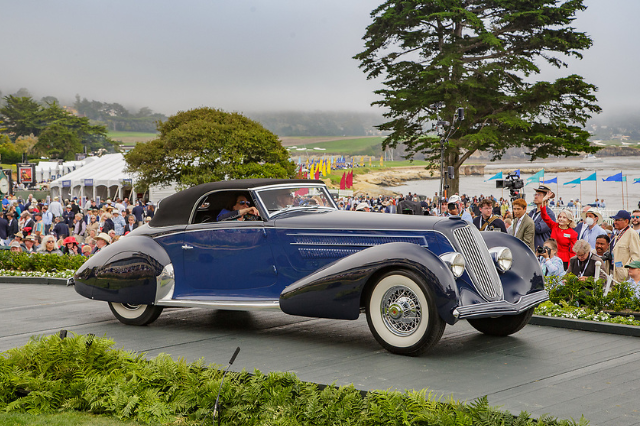 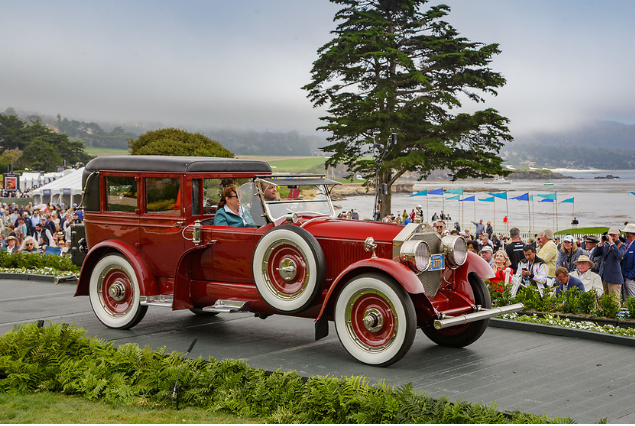 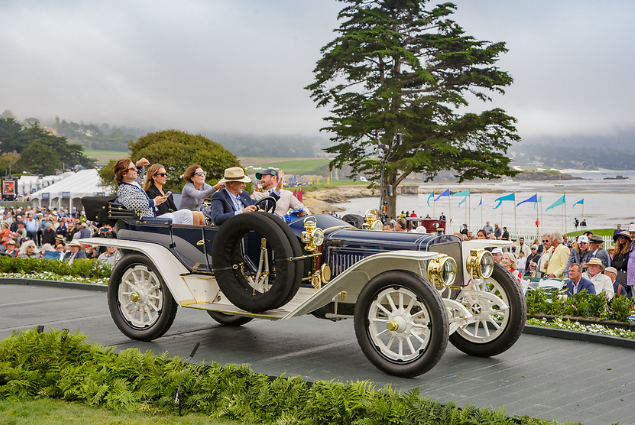 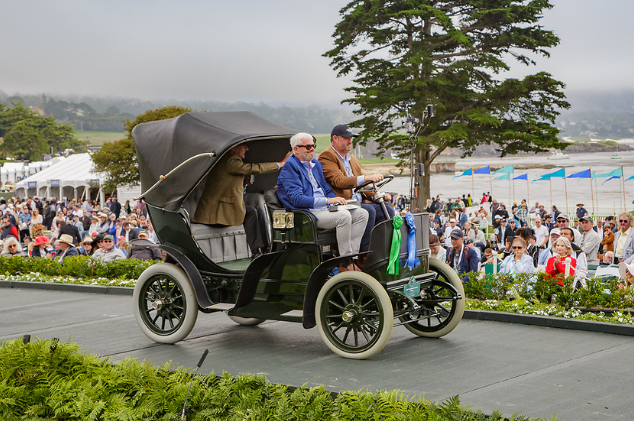 Since 1950, the gatherings of the best classic cars at the Pebble Beach golf course have grown into a world-renowned event that now attracts the best automobiles. I have been going to this show since 1979, and every year I am surprised by a car that I have never seen before, not even in a book. The participant's car quality, panache, and uniqueness make this event a must for all classic car enthusiasts. Nowhere else will you feel the ambiance generated by the beautiful Carmel bay and the rolling sculptures moving swiftly along the manicured grass.

The cars are separated into classes according to their years of manufacture and/or the type of vehicle. This year the American luxury car maker Lincoln celebrates its 100th year. A particular class was devoted to showcasing the best of the brand in the early period. At the same time, the 24 Hours of Le Mans is celebrating its centenary, and a large group of actual race winners was also on display.

Every car that the organizers chose to invite has a story to tell. With over one hundred vehicles on display, there is little time to learn the story of each entrant. Several Lincoln from the thirties and forties reveal the brand's grandeur at the time. And a Lincoln-Zephyr coupe with its V12 motor was hard to miss.

Anthony Lago took over the French car maker Talbot in 1933. What followed were the best examples of the French maker with excellent mechanicals that were put together as a jeweler ensemble a hand-wounded watch. The Talbot-Lago T26 Grand Sport chassis is perhaps the best know for its performance and variety of body works. Choosing one over another of the cars at the greens turned out to be impossible.

For those that appreciate Alfa Romeo, the show had a class exclusively for the 8C. This long hood, powerful supercharged engine is the ultimate 1930's touring car. Many Alfista (Alfa Romeo Fans) would not move away from these cars, and the grin on their faces told you they were in heaven. Another Italian was featured this year. And it was the 2 liter Fiat V8 engine, known as the Otto Vu. Cars using this engine were on display, and they included Fiat, Siata with bodies from Ghia, Zagato, Vignale, and Pininfarina.

I particularly enjoyed the class devoted to Hermann Graber's work. A swiss coachbuilder known for the luxurious chariots of the European nobility later built bodies for the early automobiles. Today, the company is remembered most for its beautiful coachbuilder work for Alvis Cars in the fifties and sixties. The McFarlans, built in Indiana, were considered the American Rolls Royce in the early twenties. A luxurious and sophisticated automobile that unfortunately closed its doors in 1928. Seeing and touching the actual cars is something that will be with me forever now. There are only about twenty McFarlans in the world today.

To select the best examples of art on wheels, a group of judges with years of working and restoring classic cars goes through every entry. They look for originality, history, and perfection in every sense. The cars must be driven on their own power into the event, and everything must work as when it was new. Owners carry books with notes, letters, photographs, and blueprints to support the car's originality. Furthermore, being "best of the show" guarantees a 20 or 40% increase in the car's value. The winners become icons and collectibles. Millions are spent restoring some as their value, in some cases, goes beyond the 50 million mark.

This year's winner is a 1932 Duesenberg J Figoni Sports Torpedo that I thought was majestic. Giuseppe Figoni, the French coachbuilder, created a sweeping line that makes the car move while standstill. The black and blue colors created a beautiful combination. Initially, it was built for one of the largest sugar farmers in the world, Antonio Chapatia, in Peru. When the gentlemen traded it, the new owner replaced the body. Many years later, the car went into a complete restoration, and the original body was found and put back into it.

Every class winner is the best of the best, and all cars at the event have gone through exquisite restorations. The Pebble Beach Concourse D'Elegance is a unique event that any car enthusiast should attend at least once in their lifetime. It is as simple as that. The memories, the aromas, the people, and the cars will stay with you forever.

The Best in the World
Pebble Beach Concours D'Elegance