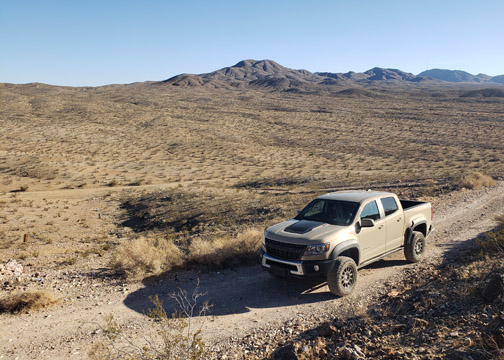 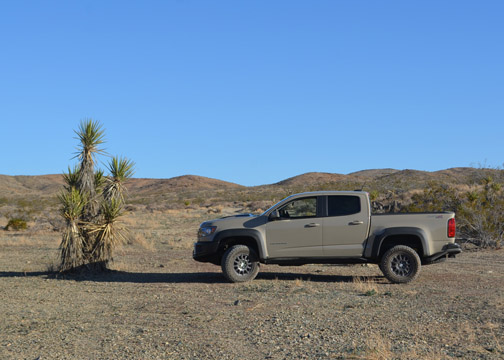 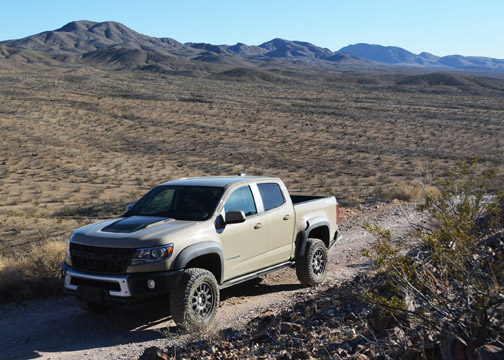 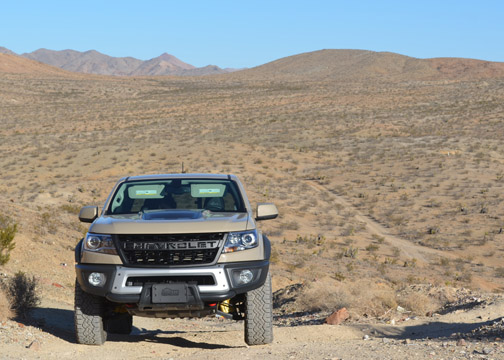 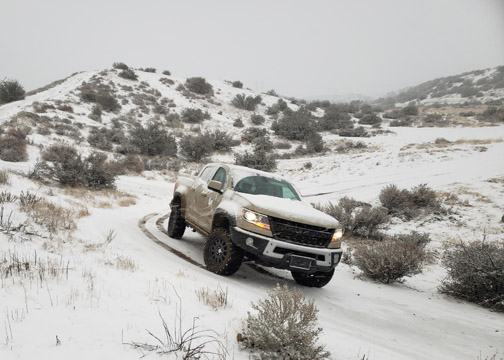 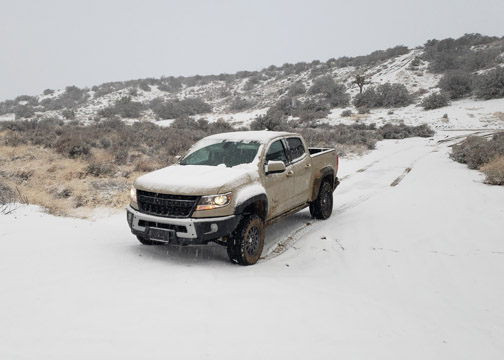 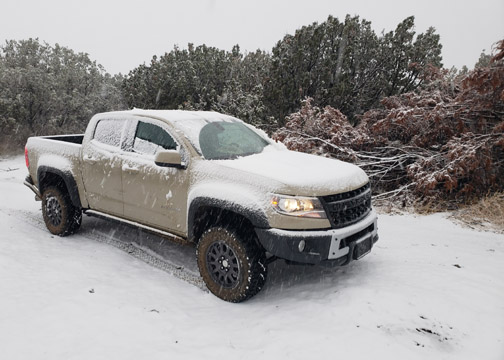 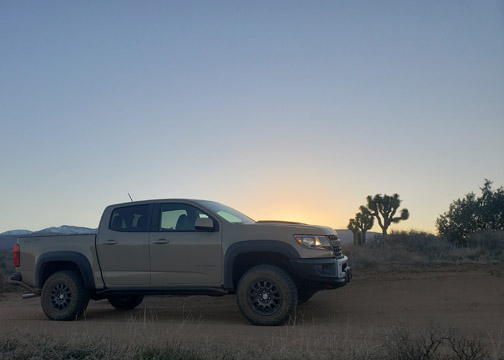 Desert lands surround Los Angeles. The Sonoran desert in the south and the Mojave in the east provide plenty of trails to go camping and explore these desolate lands. Winter provides some extra adventure in Mojave as the higher altitude receives some snow. Strong winds are also present during the winter months with speeds of up to 40 mph. To go and enjoy these places, you need a vehicle that can handle a few surprises as the change in weather can present obstacles that you were not expecting in your travel plan.

Today there are several options for capable vehicles to tackle the desert. One that caught my attention is a Chevy Truck. It has some features that are very useful when things get rough. The Chevy Colorado is a medium-size pick-up truck. There is a crew cab version with 4x4 capability named ZR2. It is the right size to go into unknown trails. It offers a bit more ground clearance, stronger suspension springs, and 4x4 on-demand with a turn of a knob on the dash. It comes standard with a V6 motor, but a powerful Diesel is also available. I prefer torque over horsepower when dealing with sand and rocky roads. The 2.8 liter Duramax engine has almost 370 ft/lbs of torque ( like the V8s of the '90s). This four cyl engine delivers around 30 mpg, so it is a good combination of low fuel consumption and plenty of power to tackle all sorts of terrains.

I had the opportunity to take the ZR2 Bison model to Mojave. This Chevy was the AEV (American Expedition Vehicle) version, and it surpassed my expectations. AEV is well known for building tough trucks. They added 35" wheels of their own special design for the Colorado. They also put a suspension leveling kit to maintain the pose and wider fender flares to cover the bigger tires. New bumpers that increase the angle of attack not only look good but are purposeful. And matching body sidebars are put on to protect the truck's sides when going over rocks. These additions enhance the performance of the ZR2 Bison. They make it look aggressive too.

High winds, high altitude, and freezing temperatures can produce weather changes in a very short time. First, I was driving on a sandy trail on a sunny day. Within a 2-hour range, I was on a snowed path. Traction and brakes behave quite differently on a frozen road, and the Colorado 4x4 adapted quite well to the drastic changes. The truck is equipped with special DSSV Multimatic triple valve shocks paired with heavy springs. This system makes the ride not smooth on the pavement. But it is a fair trade if you are going to go off-roading. There is an automatic hill descend system too, and that is also very handy when the roads start going down sharply, and the surface is full of rocks.

The Mojave desert can be a lonely place. I don't suggest you travel alone on secondary paths. Few trail roads are maintained, and when you least expected, you can find sharp turns and inclines that many vehicles could not tackle. The ZR2 Bison AEV took me across a 400-mile stretch with many obstacles in between, and I have to confess it never hesitated or let me down. The price as I tested it is around $55,000. This is in line with similarly equipped trucks from other brands. I had a positive experience, and I did not expect such a ride from a Chevy truck. It definitely is a worthy option if you are serious about your adventures.