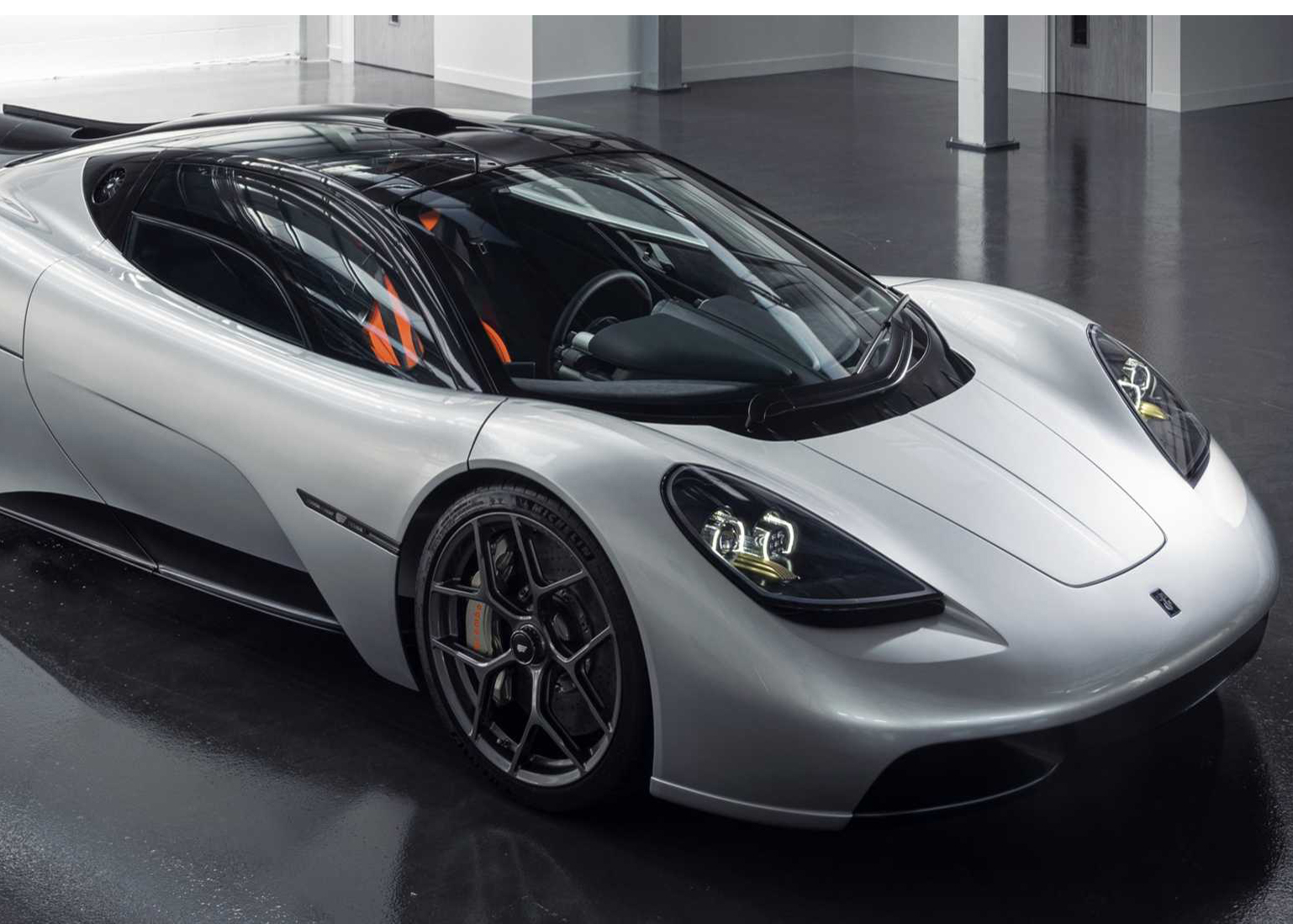 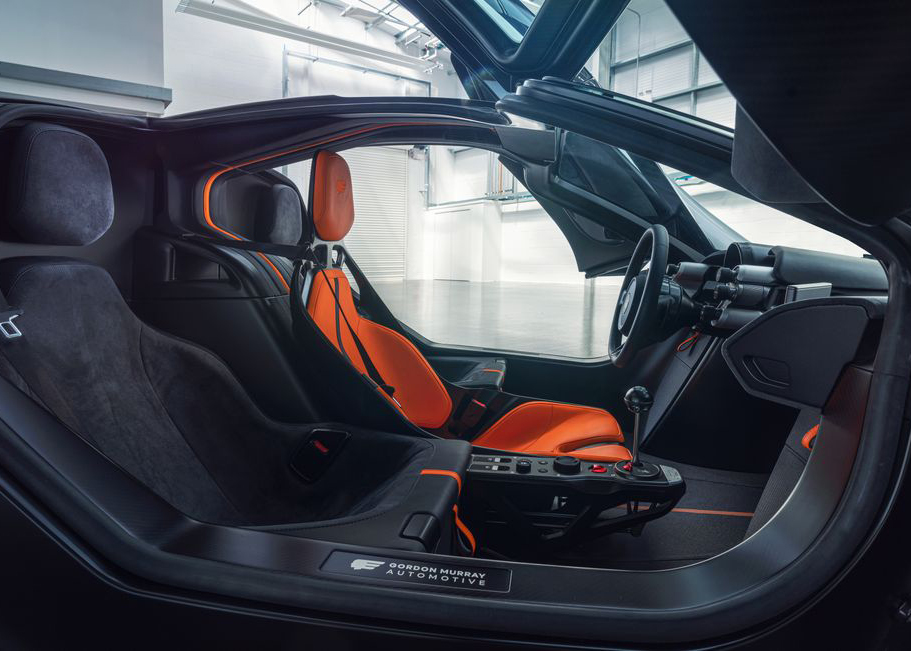 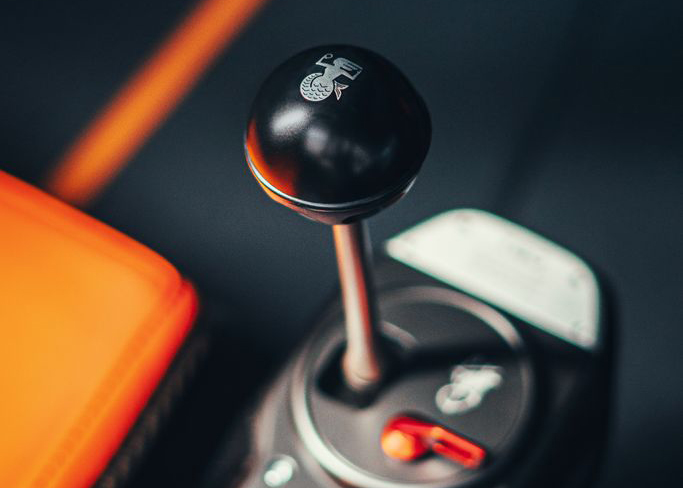 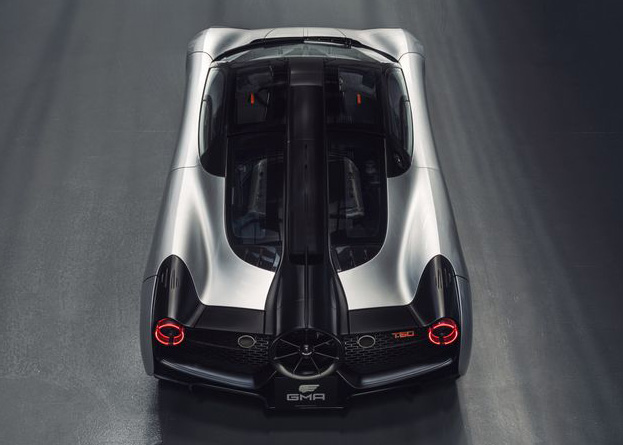 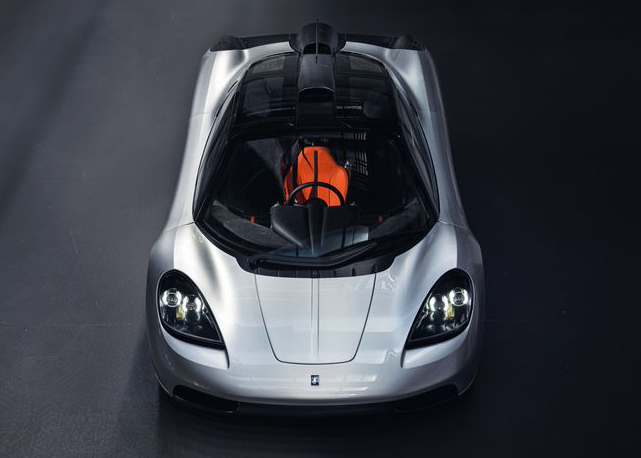 Gordon Murray Automotive has unveiled its T.50 supercar in full for the first time, showing the finished exterior and interior design and confirming its ground-breaking technical specifications. The T.50 has been engineered to be the purest, lightest, most driver-centric supercar ever.

Improving on his acclaimed McLaren F1 “in every conceivable way”, Professor Gordon Murray CBE is leading the team that will begin building customer versions of the 986kg supercar. Justifying its $4,000,000 (before luxury taxes) price tag, the T.50 promises to deliver an unsurpassed driving experience. It is powered by a 100% bespoke 3.9-litre, V12 engine that revs to a record-breaking 12,100rpm, and features the most advanced and effective aerodynamics ever seen on a road car – aided by a 400mm rear-mounted fan. Murray’s design for T.50 was the 50th in a prestigious line of race and road cars he’s penned over his illustrious 50-year career – both reasons combining to name the car T.50.

The rear-wheel drive T.50 features Murray’s favored three-seat layout, with the driver benefitting from a central ‘jet-fighter-style’ driving position. Aligned with Gordon Murray’s claim that the T.50 could be the pinnacle of great analogue supercars, the driver-centric analogue controls are positioned to provide the ultimate, highly-intuitive, and totally-immersive driving experience.

The fan and its associated ducting system build on conventional ground effect systems by actively helping control both the underbody and overbody airflow ensuring that both airflow systems interact to ensure absolute control of the enhanced aerodynamics and improve the car’s performance.

The underbody airflow system allows Gordon Murray Automotive to achieve purity of design for the car’s upper surfaces, with air flowing over the top of the car undisturbed by unsightly vents, ducts, or flaps. At the rear, air is channeled down through vents to cool the power train oil. Also, a pair of active aerofoils at the rear of the car contribute to downforce or shedding drag, as required.

The fan’s design and underbody ducting does away with the need for a ‘skirt’ – like that of the BT46B Fan Car – while the vertical inlet ducting ensures no road debris passes through the fan. The novel system has multiple benefits, enhancing engine cooling, boosting downforce and maximizing efficiency. The various fan functions, combined with the underbody ducting and activation of the rear aerofoils, are controlled seamlessly as part of the car’s six distinct aero modes.

Two modes operate without any driver input. ‘Auto Mode’ is the car’s default, which optimizes use of the rear aerofoil, fan and underbody diffusers in response to speed and driver inputs. When high levels of deceleration are required, ‘Braking Mode’ deploys the rear aerofoil's automatically and the fan operates simultaneously at high speed. This function doubles the levels of downforce, enhancing stability and grip, and enables the T.50 to pull up a full 10 meters shorter when braking from 150mph.

The other four aero modes are driver-selectable. ‘High Downforce Mode’ delivers enhanced traction – where the fan and the aerofoils work together to increase downforce by 30%. At the flick of a switch, the driver can shift to ‘Streamline Mode’, to reduce drag by 10% and boost straight-line speed, while also reducing fuel consumption and downforce. This mode closes the underbody ducts and sets the fan to operate at high speed to extend the trailing wake of the car, creating a ‘virtual longtail’.

When maximum velocity is required, the ‘Vmax Mode’ can be deployed by the driver at the push of a button. This utilizes the same aerodynamic configuration as ‘Streamline Mode’, but adds an extra boost of around 30hp for up to three minutes by adding power to the crankshaft from the car’s 48-volt integrated starter-generator.

This may be the last supercar in history that uses an Internal combustion engine of 12 cylinders Weighing just 980kg, the T.50 will deliver the most driver-focused performance and dynamics of any road car in production ever. The sound itself (12,000 RPM) from the Cosworth V12 will be the highest-revving road car engine ever made and sounds like an F1 car. Gordon Murray makes history again.