All new Hyundai Tucson
It could be one of the top 3 ? 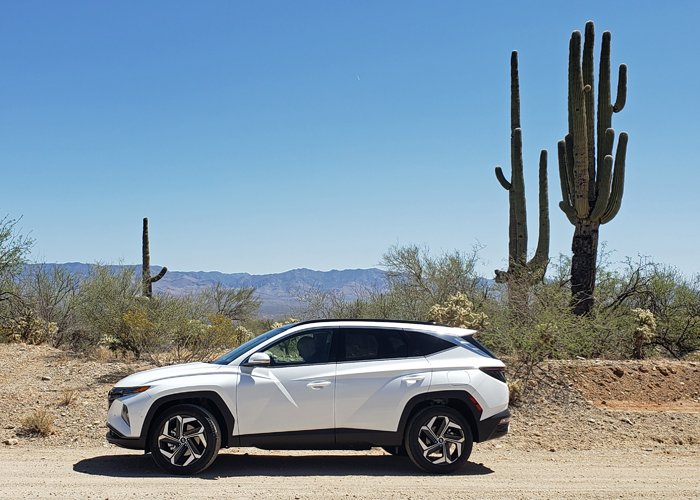 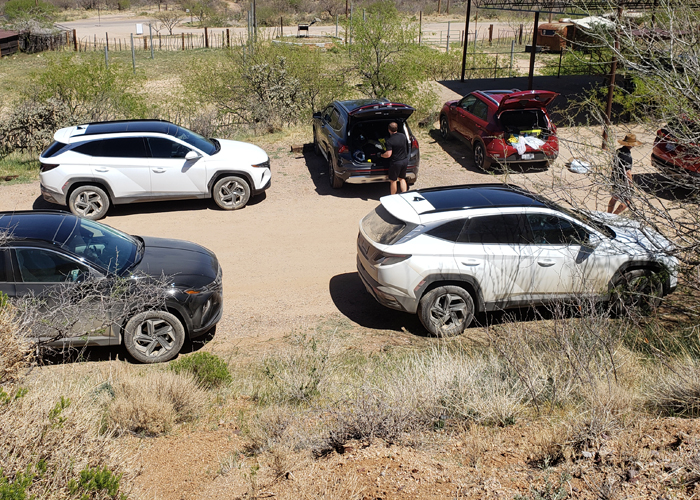 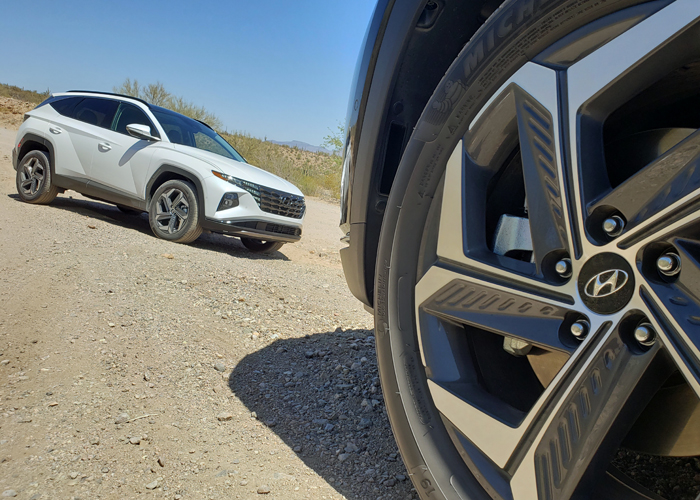 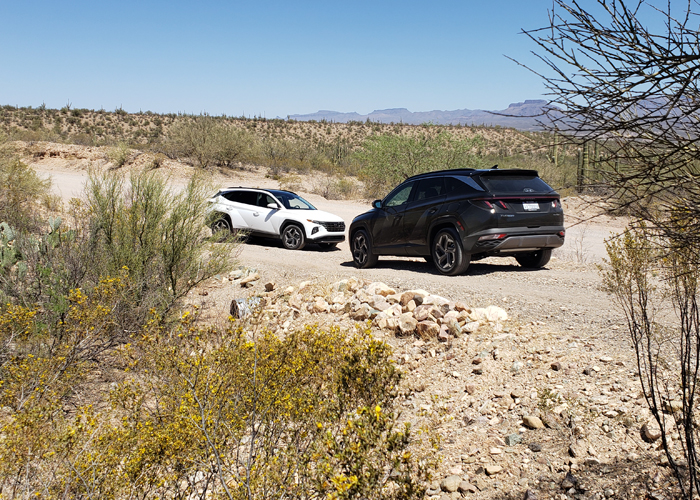 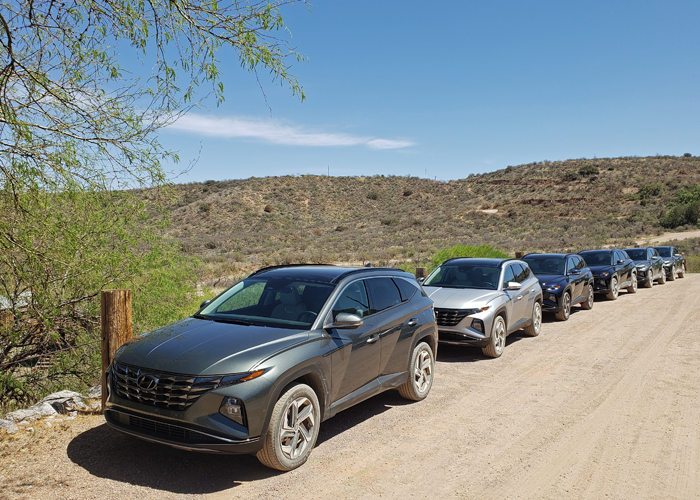 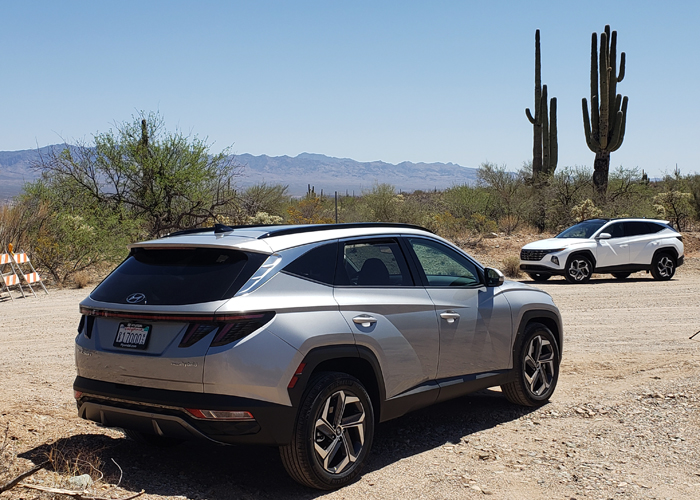 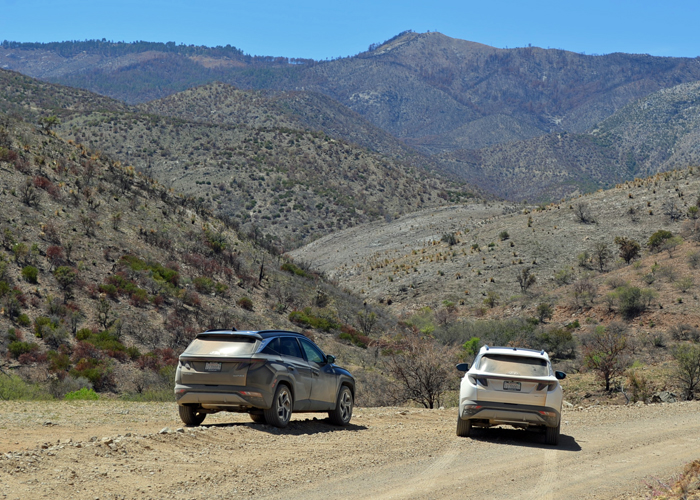 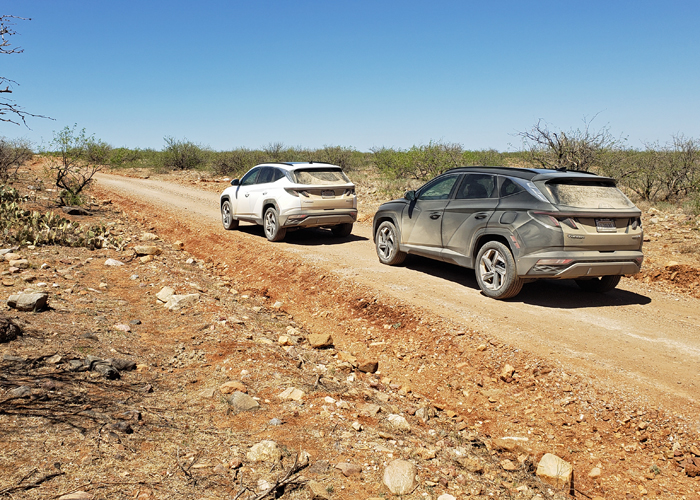 The Spaniards adapted the name used by the local Indians for a place at the base of  black hill , Cuk Son, to phonetically sound the same in Spanish.  In 1775 a military fort  by the name of  Presidio San Agustin del Tucson was built and remained as part of Mexico until 1853 when the United States acquired the surrounding land.

Tucson today is the second largest city in Arizona and it is located at the northern part of the Sonora desert. The climate is hot and in spring the desert becomes colorful with the bloom of many unique plants. The saguaro cactus is a feature of the landscape and it gives the Tucson area a unique look and feel.

Hyundai named a medium size SUV Tucson in 2004 because the purpose of this car is to get you to go outdoors and enjoy a bit of the wilderness. So for the new model we had our first driving impressions at the name-sake place.

The all new Hyundai Tucson Hybrid definitely  impresses  and for many reasons. We drove it in the city and it showed that has plenty of performance to tackle all traffic situations. The engine is a smaller 1.6 liter turbocharged 4 cylinder  and coupled with an electric motor it delivers over 200 HP. The All Wheel Drive system and the six speed transmission  are smooth and I did not feel any hesitance or hiccups at any time.

The interior is quite roomy for the size of the car. The ambiance is nice and to appeal to the masses is obvious they thought of offering a more luxurious feel than the  outgoing model. From the driver seat everything fits right and the 10+ inches touch screen in the dash is not intrusive,  like in other cars of today.  This screen controls all the  infotainment functions without the use of any hard buttons.  Voice control is offered but it suffered a bit, perhaps the way I talk, but  no more than any competitor out there.  A push button shifter in the center console also gives you the feel  of an upgrade.

Hyundai took a chance on the exterior styling for this car. Following a similar design as the Elantra, this Tucson has some extreme lines on the side panels and a bit of a bulge on the fenders. The front grille is wide, meaning big, and it incorporates the lights in a different manner than other vehicles. The lights are arranged in three rows that when seen in your rear view mirror look like flashy wings at the front.  The body is a bit bigger and wider  with a strong stance.  Hyundai calls their new design style "sensuous sportiness" and it actually seems appropriate when you are in front of it.

We came to Tucson for a test drive and with the spirit of the name we had to go outdoors. We took a group of non-productions cars through the chaparral near Mt Lemmon driving above the "recommended" off road speed through  thousands of acres of saguaros, buckhorn cholla, prickly pear cactus, ocotllo and large barrel cactus. We don't usually connect in our minds hybrid cars with the outdoors, and the new Tucson made me think, why not. It is not an off-road vehicle, but it drove through  the rots, rocks, and sand without complains. Even with street tires I never got any traction issues on the road that it was pretty much your average national trail road. It did use more gas that I expected, but I saw how hard the transmission worked and it always found the right gear to power through steep hills and all .

All new Hyundai Tucson
It could be one of the top 3 ?