Top model candid about body shaming prevalent in fashion
Being hungry should not be a sign of success,” said Karen Elson, the British model who rose to fame in the mid-90s 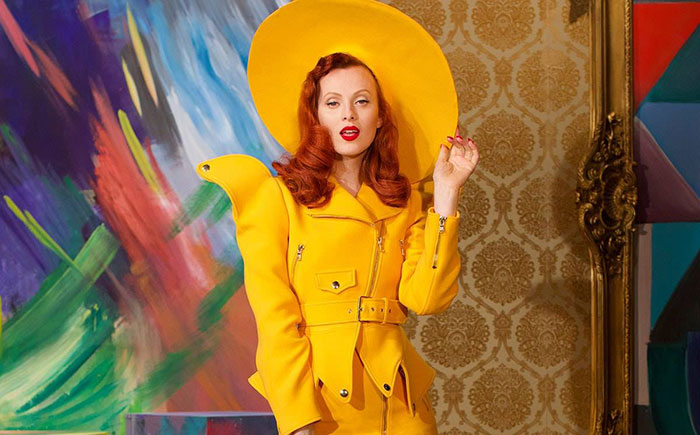 Top model candid about body shaming prevalent in fashion
“Being hungry should not be a sign of success,” said Karen Elson, the British model who rose to fame in the mid-90s, walking the runways for Marc Jacobs, Jean-Paul Gaultier, Chanel, Versace, YSL, Alexander McQueen, Dior, Anna Sui, Gucci, and Moschino, and appearing on the the most prestigious international magazine covers. She hosted her first Model Mentor Zoom during which she spoke frankly along with other former and aspiring models, as well as casting agents and legal professionals on the body shaming and psychological abuse that is prevalent in the fashion industry.
Elson explained how, at the tender age of eighteen, in order to lose weight, she was advised to have more sex while also told to go off birth control because it made her too puffy. Veiled threats and bribes of payment per every pound lost and a constant fear of showing up for work wondering if someone was going to make an issue of her size led to a lifelong unhealthy relationship with food. What’s more alarming perhaps, is that the above advice came from those who were supposed to be looking out for her in the industry.
“My relationship with food will probably never go back to what is considered normal,” Elson told her Zoom guests, candidly laying out the feelings of embarrassment and shame if she had been caught eating. She now understands the shame should not have been placed on her but should be placed on the industry, and in particular the higher end which still thrives on this culture. Said Elson, “You’re praised for your appearance when you’re at your worst.”
Fashion industry neglects to protect young models
Now in recovery from an eating disorder and in her 40s with two children, Elson describes how the industry puts models in boxes, and, in her case, that box was the body she had at age 16 when she started out. She is expected to meet that standard still. “There’s this fetishization of prepubescent bodies in high fashion,” she explained, “a look that is hollowed out and androgynous.” She has witnessed over the years many of her peers leave the industry broken, and unfortunately today still sees the jutting bones and hair growing all over models’ bodies that she recognizes as evidence of malnutrition.
James Scully, casting director-turned-advocate for models’ rights and whistleblower against the industry’s misconduct, recalls hearing a group of young models talking about how long it had been since they had last had their periods. Despite raising the age requirements for modeling, the industry has grown complacent, he says, and he does not see any significant improvement in the treatment of models. Elson agrees the industry needs to do more, suggesting that the Council of Fashion Designers of America engage in conversations with designers who continue to make samples exclusively in size 0. Designers have historically blamed the extra time and cost involved for their unwillingness to make multiple sizes.
Body shaming and the fashion industry
Attendees included Christina Grasso, co-founder of The Chain, a nonprofit for women in fashion, media, and entertainment coping with eating disorders, and Leanne Maskell, a former model who, when scouted at eighteen, was promptly told to stop eating bread and lose 3 inches off her hips. She left modeling to study law and became a leading voice in models’ rights in the UK, having recognized an imbalance of power that is damaging to women, their mental health, and which inevitably trickles down to damage society at large. She created the Model Manifesto as an anti-exploitation manual for aspiring young models.
Elson believes the industry tolerates a level of meanness and bullying that wouldn’t be acceptable elsewhere. The conversation around body image and the impossible standards set by the industry is still shrouded in secrecy but Elson hopes to change that by being open about her experiences. She described how an editor on a fashion shoot once yelled across a crowded room to her, “How fat are you right now?” She hopes for a time when an established runway model will be able to gain ten pounds and still be accepted. Although she still occasionally works with designers who have made cruel comments about her in the past, she remembers every word. As recently as a year ago, one designer agreed to tailor a garment to suit her body. But when he saw her in the clothes he couldn’t resist commenting, “Can you walk without your hips? Your hips are too distracting.”
Fashion editor Jackie Mallon is also an educator and author of Silk for the Feed Dogs, a novel set in the international fashion industry
Top model candid about body shaming prevalent in fashion

Top model candid about body shaming prevalent in fashion
Being hungry should not be a sign of success,” said Karen Elson, the British model who rose to fame in the mid-90s