The Hollywood Bowl is an amphitheatre in the Hollywood Hills
Css Menu Background by Vista-Buttons.com v5.7
= Menu 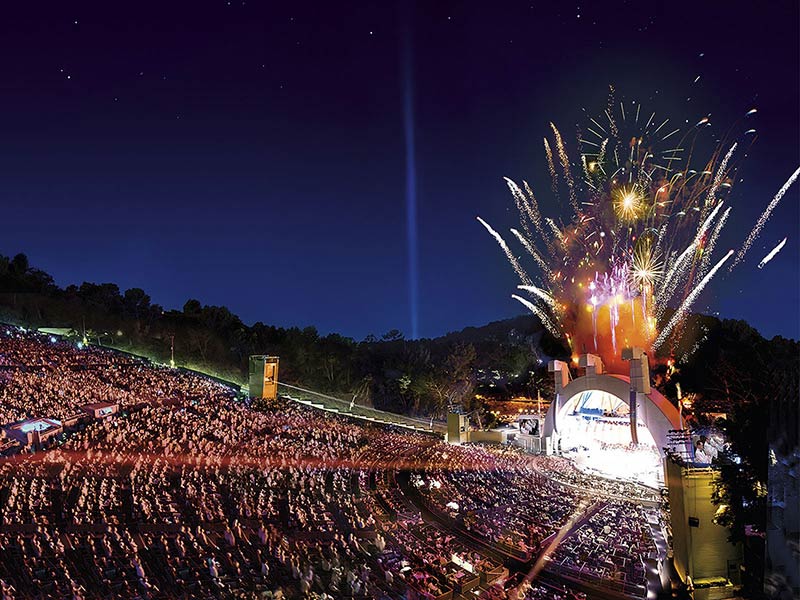 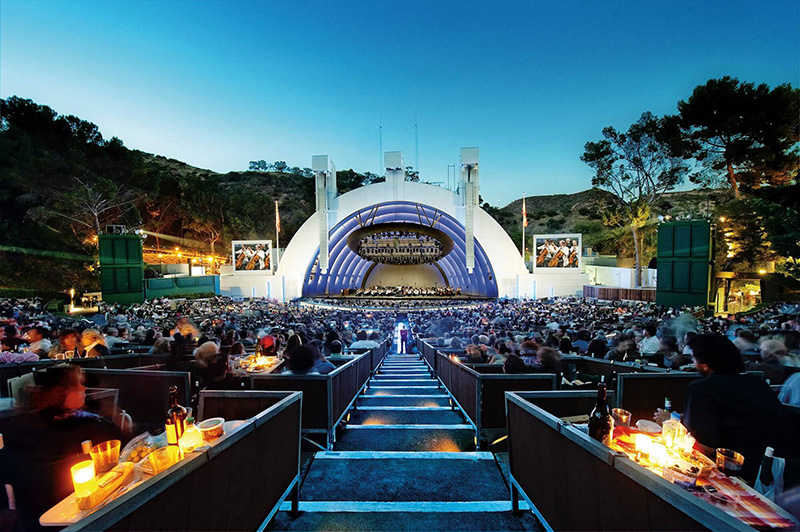 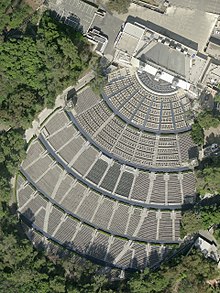 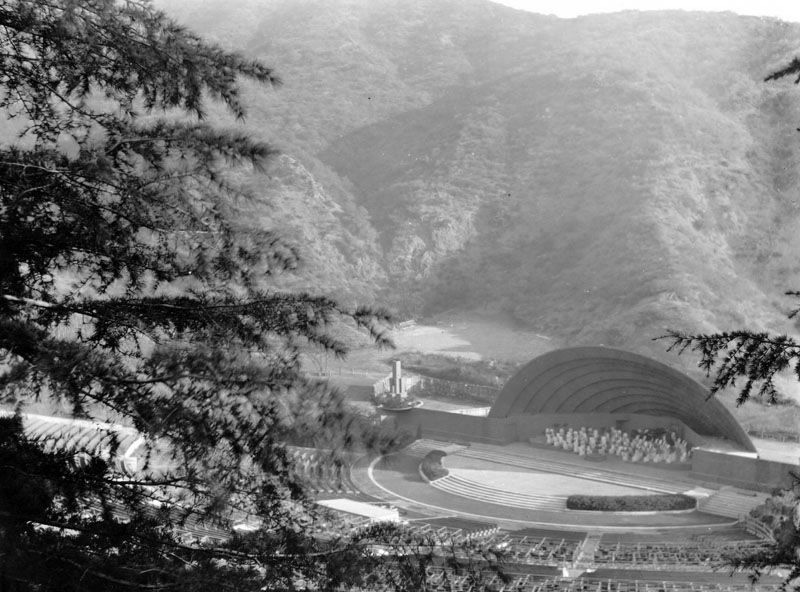 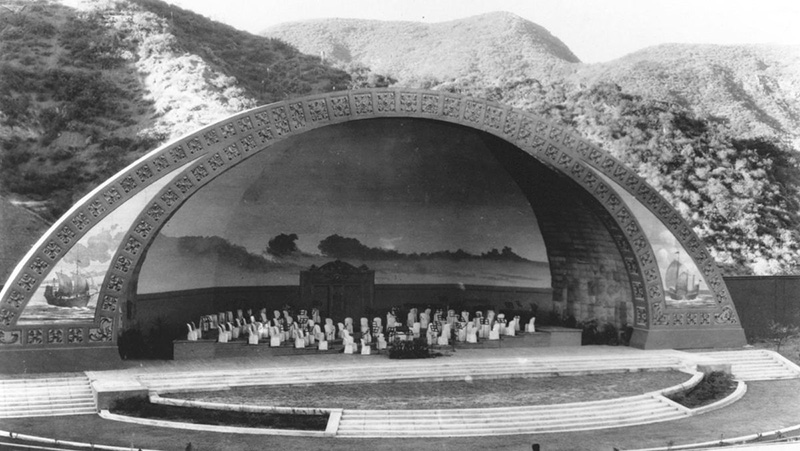 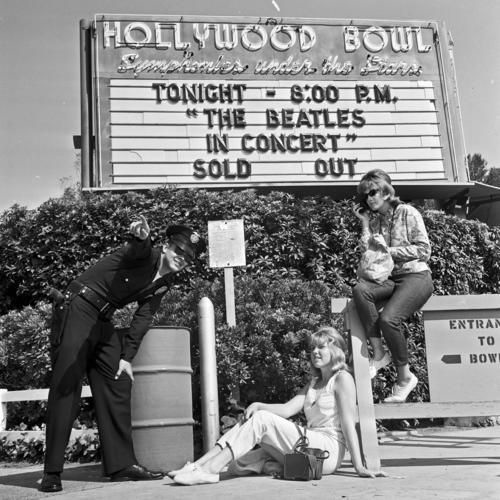 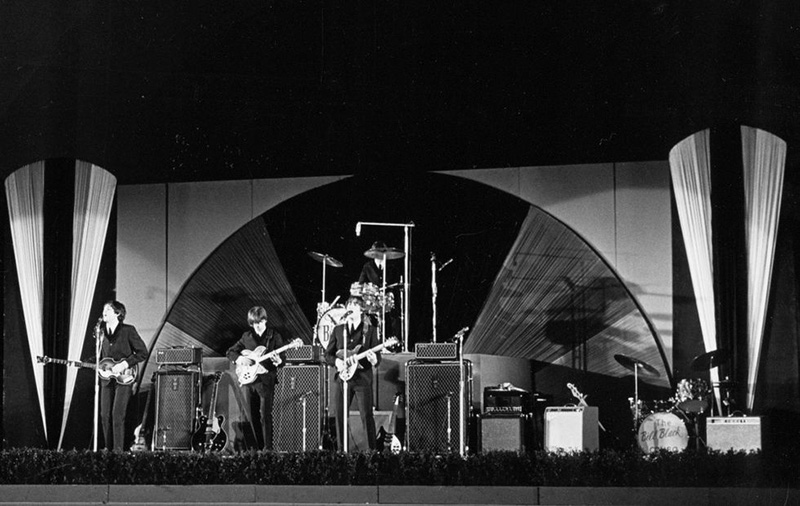 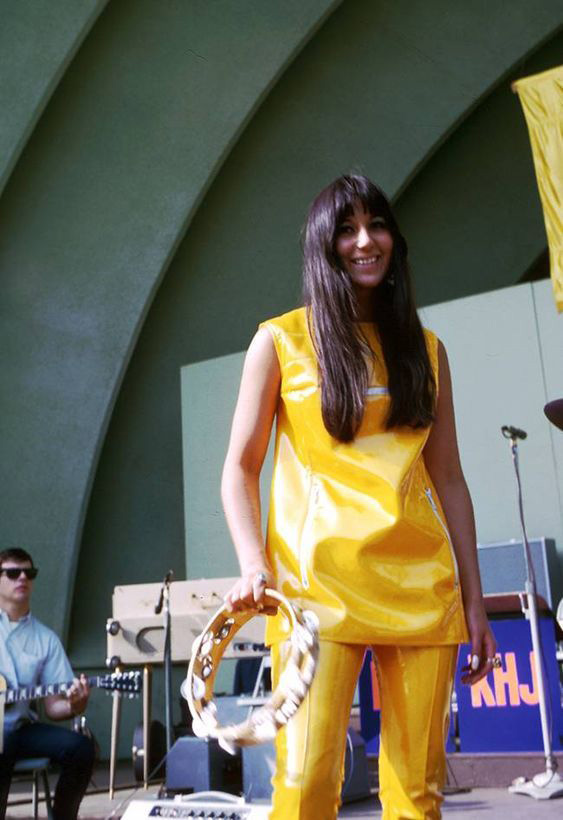 Hollywood Bowl
From world-famous ateliers to designer hotspots, Historical Interiors is your weekly column for iconic decor, rare residential imagery, and cultural fashion landmarks.
For many locals and visitors, a concert under the stars at the Hollywood Bowl has become a summertime ritual. Home to the Los Angeles Philharmonic and the Hollywood Bowl Orchestra, the landmark amphitheater came to fruition about 100 years ago, when the Theater Arts Alliance tasked members William Reed and his son H. Ellis Reed to find a stretch of land for an outdoor venue. The duo discovered its current location nestled in the Hollywood Hills on Highland Avenue with views of the iconic Hollywood sign to the northeast, and on July 11, 1922, it officially opened.
Despite its famous shell structure, the Bowl—as it's known to LA residents—comes from the natural bend in the earth where the seats have been placed. First starting out as a community events space, it wasn't until Frank Sinatra held a controversial performance there in 1943 that the venue opened its doors to mainstream performances. (The Bowl wrestled with whether or not to allow Sinatra to perform, given its reputation for holding only "highbrow" concerts.) Nevertheless, the space became the setting for some of the most iconic performances throughout history, with entertainers like Judy Garland, Billie Holiday, Ella Fitzgerald, Bob Dylan, The Beatles, Barbra Streisand, Jimi Hendrix, The Doors, The Who, Elton John, Cher, Prince, Alicia Keys, Kanye West, and Lady Gaga gracing its stage.
All the while, the venue has been through various bandshell designs—namely, four. In 1926, the Allied Architects Group created the first version, which many considered a visual and acoustic failure. Lloyd Wright (son of famed architect Frank Lloyd Wright) conceived the second and the third versions: The second shape featured a pyramid-like structure, and the third iteration became the now-familiar bandshell with a concentric ring motif. Due to water damage, the third stage was destroyed, with a fourth version being built in 1929 and remaining until 2003. During this stretch, however, the sound began to worsen, and world-renown architect Frank Gehry stepped in, renovating the bandshell to make the rings larger and to improve the acoustics.
It’s hardly surprising that the Bowl has received numerous distinctions as one of the top live music venues in the world. Not only is it the largest outdoor amphitheater in the U.S., holding up to 18,000 people, but it's made cameos in numerous iconic films throughout the years, including A Star is Born (the original 1937 version), Double Indemnity, Anchors Aweigh, and Some Kind of Wonderful.
With the 2019 season just underway (upcoming performers include Leon Bridges, Gary Clark Jr., ABBA, and Barry Manilow, in addition to movie screenings and L.A. Philharmonic performances) the Bowl continues to cement itself as an important—and unique fragment of LA’s cultural heritage.
Address: 2301 N Highland Ave, Los Angeles, CA 90068
Opened: July 11, 1922
Capacity: 17,500
Renovated: 2003–2004
Architects: Lloyd Wright, Frank Gehry, Myron Hunt