How To Get Rid Of 'Text Neck,' According To A Plastic Surgeon And Dermatologist
Css Menu Background by Vista-Buttons.com v5.7
= Menu

How To Get Rid Of 'Text Neck,' According To A Plastic Surgeon And Dermatologist
“People are taking more selfies, so they actually notice it more in pictures,” 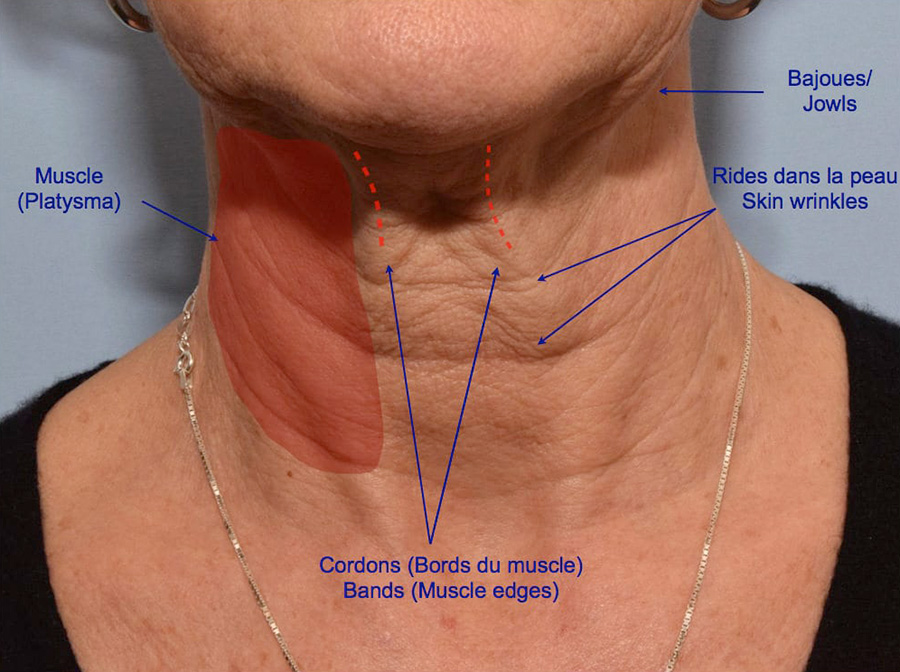 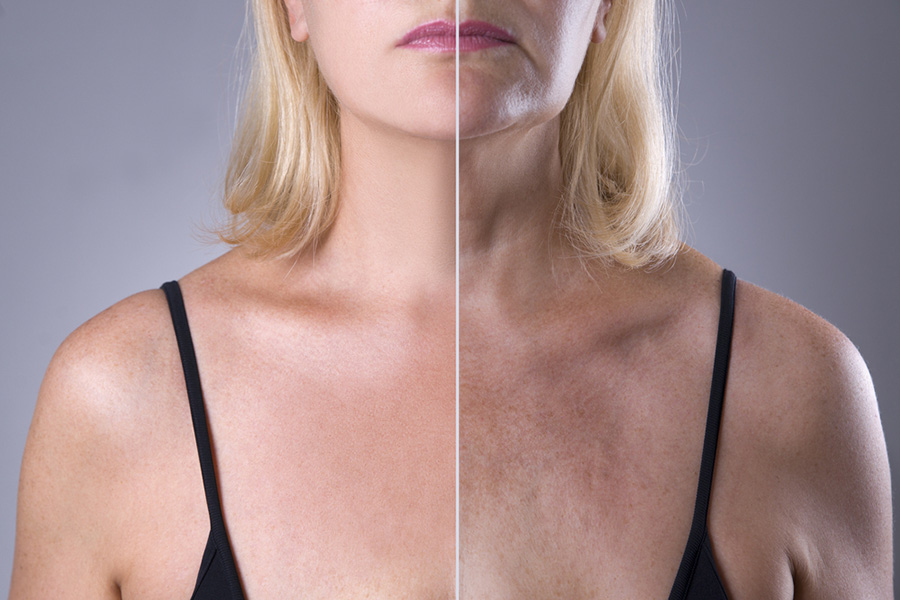 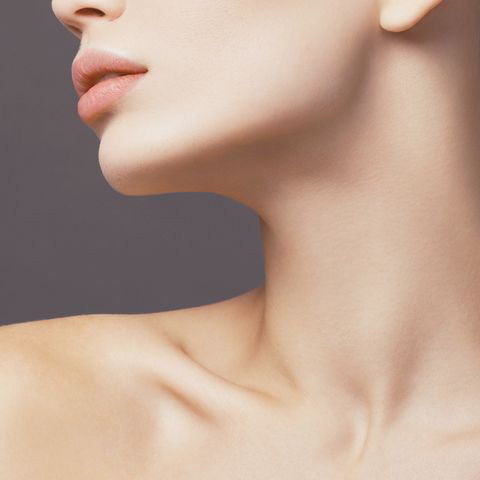 How To Get Rid Of 'Text Neck,' According To A Plastic Surgeon And Dermatologist
Spending a lot of time looking down at a phone could have lasting effects on your skin.
Our smartphones and tablets might be convenient, but aside from the fact that they’ve actually been proven to cause us physical pain, they could also be giving us wrinkles.
The phenomenon is being referred to as “text neck” (sometimes called “tech neck”) and originally referenced the pain caused by constantly keeping your head titled forward. Now, doctors are using the term to describe the horizontal wrinkles that develop along the middle of the neck as a result of regularly looking down at phones, computers, tablets or other devices.
Of course, our phones aren’t solely responsible for the development of wrinkles or creases on our necks (we also tend to look down when reading, for example). It’s more about the constant bending of our necks.
“If you think about it, if you’re folding your neck down, you’re creating a folding of that area,” Dr. Samer Jaber of Washington Square Dermatology in New York City told HuffPost. “That’s what creates those lines.”
As Dr. Andrew Ordon, a Beverly Hills plastic surgeon and specialist on “The Doctors,” explained to HuffPost, if you’re bending at the neck frequently enough, you could develop permanent wrinkles.
Both doctors said that they’re seeing more patients come in with concerns about these text neck lines. They suggested that society’s obsession with social media and selfies (in general), along with the constant downward neck craning, might be the reason it’s becoming more prevalent.
“People are taking more selfies, so they actually notice it more in pictures,” Jaber said. “If you think back to 15 years ago, how often did people take pictures? Weddings, birthday parties. It wasn’t on a daily basis like it is today.”
“[People are] scrutinizing themselves more than ever and that’s driving our business,” Ordon added, pointing to research that shows people, especially younger people, are motivated by social media to improve their looks. “People want to look good in their pictures, so they’re coming in for Botox and fillers at an earlier age.”
Can You Prevent “Text Neck”?
Technically, yes.
“The best way to prevent it would be to improve your posture so you’re not looking down as much,” Jaber said.
Ordon elaborated on Jaber’s point.
“Try to move your head and straighten your neck out. Try not to stay in that flexed position for too long,” he said. “One of our credos on ‘The Doctors’ is that you shouldn’t be texting and on the computer that much every day anyways. You need to give yourself a break from that because too much of that is potentially not healthy for other reasons.”
Both doctors agreed you should take care of the skin on your neck like you do the skin on your face. That means moisturizing and wearing sunscreen, and perhaps even applying a retinol cream.
“Treating the neck is important, just like you treat your face,” Jaber said. “The neck is one area where you can really see people’s age as they get older, because people oftentimes focus on the face, but they don’t really focus on the neck.”
“I would put on a vitamin C serum in the morning, making sure you use a lot of sunscreen, and you could also certainly do a retinol cream at night,” he added. “You just have to be careful with the neck, because it can be a little more sensitive than the face.”
Ordon stressed the importance of sunscreen and moisturizer, and reinforced Jaber’s recommendation of retinol. The only caveat, he said, is that since “neck skin is so thin, you need to start with a low concentration [of retinol] because you don’t want to irritate the skin on your neck.”
If You Already Have It, Can You Get Rid Of Text Neck?
If you’ve done everything to prevent “text neck,” or if you’d just rather look to the professionals for help, there are some minimally invasive options out there.
For instance, as Jaber noted, Botox could help to soften the muscles on the neck, while filler can be injected to fill the lines and make them less noticeable. There are also skin-tightening treatments, such as Ultherapy, or radio frequency laser treatments that can reduce the look of lines and wrinkles.
Ordon also said that his patients have seen results with fractional CO2 laser resurfacing treatment, which is used to improve the look of lines, wrinkles, discoloration, scarring and more. He mentioned that surgical neck lifts could be an option, but said those procedures can only help “to a certain degree.”
As far as creams go, Jaber noted that they probably won’t yield the same results as something like fillers or laser treatment. The same goes with those jelly neck masks (yes, those are a thing) you may be seeing around. Both doctors agreed that while they aren’t necessarily harmful, it’s unlikely they’ll deliver the same results as other treatments.
“I think you’re better off spending your money on sunscreen every day and laser or filler,” Jaber said. “I’m sure it probably makes your skin look more moisturized, which may make it look less noticeable, but I don’t think it’s going to make a dramatic difference.”
“These things do help,” Ordon said, adding that results likely aren’t permanent.
“The more you do, I think in the long run you’ll see improvement,” he added. “However, if you have real deep lines, a real saggy neck, real sun damage, it’s probably not going to do much. It’s definitely not going to hurt though.”

How To Get Rid Of 'Text Neck,' According To A Plastic Surgeon And Dermatologist
“People are taking more selfies, so they actually notice it more in pictures,”