8 Cool Hidden Vacation Spots in the US
Outdoors & Adventure Travel 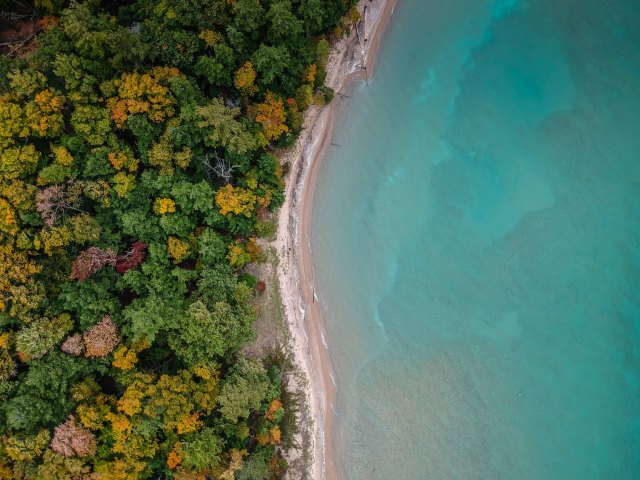 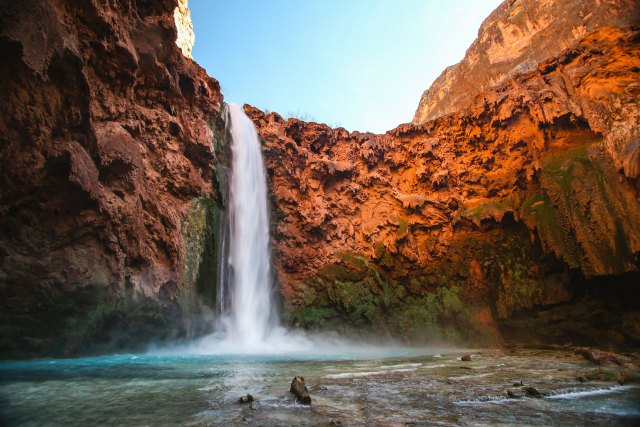 8 Cool Hidden Vacation Spots in the US
Don’t get us wrong — it’s definitely important to knock off the American bucket list items like Yosemite and Times Square, but there’s something to be said for seeking out the country’s hidden gems. Less commotion, less pricey, and often more unique, these off-the-beaten-path destinations are as cool as their more popular counterparts without many of the downsides. Here are the best-hidden gem destinations for your next US vacation.
Hamilton Pool Preserve, Texas
Located just an hour west of Austin, Hamilton Pool Preserve looks more like a Central American cenote than something in the desert plains of Texas. Over a thousand years ago the dome of an underground river collapsed, which gave way to an impressive limestone waterfall that spills into a pool of turquoise water. It’s a kind of hideout cul de sac that makes for a great spot to have a picnic and swim for the afternoon. Aim for visiting after heavy rainfall when the water levels are high.
Garden of the Gods, Colorado
This National Natural Landmark located in central Colorado doesn’t have the same household recognition as Rocky Mountain National Park, which is exactly what makes it a hidden gem. Imagine towering 300-foot sandstone rocks among dense green evergreen forests, all with the backdrop of snow-capped peaks. Even if you’re not the most adventurous wanderer, the Garden of the Gods isn’t a very rugged experience. Feel free to park and walk around for an hour or so, and you’ll be able to soak in most of the sights.
Supai, Arizona
If you’re considering a trip to Arizona but are looking to bypass the all-too-touristy Grand Canyon, Supai is your next best bet. Supai Village is home to the Havasupai, the smallest Native American tribe in the United States and currently the only place where mail is delivered via mules. It’s pretty difficult to get to —  you can only arrive by foot, horseback, mule, or helicopter — but it’s well worth it. Spending a day in the pools and waterfalls tucked in the starkly red canyons will have you feeling incredibly off the beaten path.
Traverse City, Michigan
Traverse City is a quaint little Michigan town and an excellent off-the-beaten-path destination any time of year. During the wintertime, you’ll find skiing and sledding, during the fall harvest season you’ll find winery tours (it’s on the same parallel as France’s Bordeaux), and in the summer, you’ll find cherry festivals and impressive farmers markets. Traverse is also a great foodie town, so come prepared to sample a range of delicious cuisines.
Seaside, Oregon
If you haven’t yet experienced the coastlines of the Pacific Northwest, you’re in for a real treat. Once you’re done exploring the beaches, head north to Oregon’s idyllic little town of Seaside. Many people consider it the things-to-see and things-to-do capital of the Oregon coast, and it’s small enough to be extremely walkable, bikeable, and even kayak-able. For the rundown on what to do and vacation rentals in Seaside we’ve got you covered.
Byodo-in Temple, Hawaii
Not many people go to Hawaii for the Buddhist temples — which is exactly why you should make a point to do so. Established in 1968 to commemorate 100 years of Japanese settlement in Hawaii, the temple sits amidst lushly landscaped grounds and right beneath an impressive mountain ridge. We highly recommend getting off the traditional tourist route in Oahu and visiting the Byodo-in Temple.
Lake Norman, North Carolina
Less than an hour’s drive from Charlotte is one of North Carolina’s great off-the-beaten-path towns. After the Catawba River was dammed in 1963, it opened what became Lake Norman, and a fun community sprang up around its banks. Visit here for fishing, canoeing, swimming, and water skiing. In town, you can stroll through the historic district and spot some vintage cars. For everything from rustic cabins and lodges to modern hotels, check out the vacation rentals in Lake Norman.
Bodie Ghost Town, California
Nothing is more hidden than a withered and decrepit ghost town, and that’s exactly what Bodie is. Bodie was originally founded as a gold mining town in the 19th century and eventually grew to a population of about 10,000. Today, the wooden structures stand eerily vacant (much like these Abandoned Places in Virginia). Take a stroll through the streets, hop on a ghost walk tour, and listen in on a guided evening of stargazing.
---------------------------------------------------------------------------------------
Written by Dillon DuBois
Dillon is a travel-hungry outdoor enthusiast originally from Encinitas, California. He's been to 28 countries, traveled around the world on a boat, lived in a tent in the woods for 6 months, and currently lives in Medellín, Colombia. Besides writing, Dillon can be found playing soccer, drumming, cooking, and doing his best impression of a salsa dance.
---------------------------------------------------------------------------------------

8 Cool Hidden Vacation Spots in the US
Outdoors & Adventure Travel