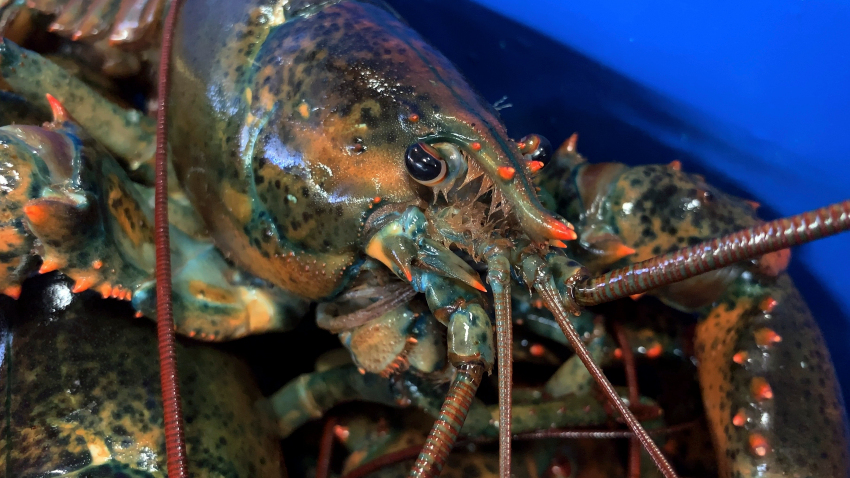 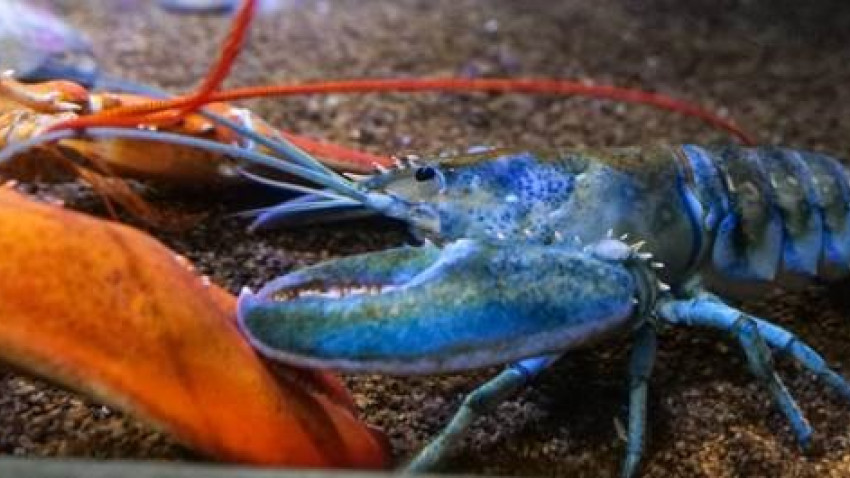 Claws of Health? Lobster Blood Could Play Role in New Drugs
A company from Maine thinks compounds derived from lobster's circulatory fluid could improve human health
Maine lobsters have long delighted tourists as the state's most beloved seafood. But one company thinks the crustaceans can save human lives by providing their blood for use in new drugs.
The effort, involving a longtime lobster scientist, wouldn't be the first example of coastal invertebrates being used to aid human health. Horseshoe crabs are harvested because their blood contains a protein used to detect contamination in medical products. A different startup company in Maine announced in 2016 that it would develop a bandage coated with a substance extracted from crushed lobster shells. And the U.S. Army has made use of field bandages treated with a blood clotting compound processed from shrimp shells.
The company working on the lobster blood project, Lobster Unlimited of Orono, is investigating whether lobster blood can be used as a potential weapon against viruses and cancer. Representatives with the company said results are promising — the U.S. Patent and Trademark Office issued them a patent in late October related to their work.
The blood is easy to come by because it's a byproduct of lobster processing, company head Robert Bayer said. Lobster blood is likely a long way from playing a role in new drugs, Bayer said, but there's "no question it has antiviral and anticancer properties" based on research needed to apply for the patent.
"Right now, this blood is literally thrown out on the floor and goes down the drain," said Bayer, a professor emeritus of Animal and Veterinary Sciences at University of Maine. "We can collect millions of pounds of it, which makes it a viable product worth pursuing."
The company proposes to use compounds derived from hemolymph, which is lobster circulatory fluid, to improve human health and possibly the health of other mammals. Lobster Unlimited's looking for partners in the pharmaceutical industry to work with on the development of drugs.
Scientists with the company have found that hemocyanin, a protein in the fluid, works as a powerful stimulant for the immune systems, Bayer said. For example, experiments show the substance can reduce the viral load of herpes simplex virus-infected cells, according to documents the company filed with the U.S. patent office.
The next step is to find partners in industry to work on the development of new drugs, because the company doesn't plan to manufacture or sell its own, said Cathy Billings, another member of Lobster Unlimited. New products would also need to stand up to testing and then win approval by the U.S. Food and Drug Administration.
Interest in developing non-food products from lobsters has grown in recent years as Maine's haul of the crustaceans has grown. The 2010s saw Maine's catch of lobsters eclipse any previous decade by many millions of pounds. The remnants from processing them are used in everything from Christmas decorations and gardening soil to cooking stock. Using them in medicine represents a new frontier, Bayer said.
Invertebrate biology is very different from that of mammals, but there are some commonalities that could make it possible to use lobster products in medicine, said Diane Cowan, a Maine-based lobster biologist not involved in the Lobster Unlimited project. Those commonalities make it possible to use animals such as lobsters and horseshoe crabs to aid human health, she said.
Lobsters, like humans, have circulatory fluid, though lobster's is a kind of bluish gray as opposed to red, Cowan said. "So to have an idea that you can take something from one animal and use it for another is not outrageous," she said. "The circulatory fluid that runs through all bodies of all living animals is very similar."
Steve Train, a Long Island, Maine, lobsterman, was a little surprised when he heard about the possibility of lobster blood playing a role in new drugs.
But if it can help people, "I hope it's true," he said, adding, "These scientists know more than I do."