6 Classic Sea Kayak Locations in California
It might be a tough choice figuring out where to go paddle in California. 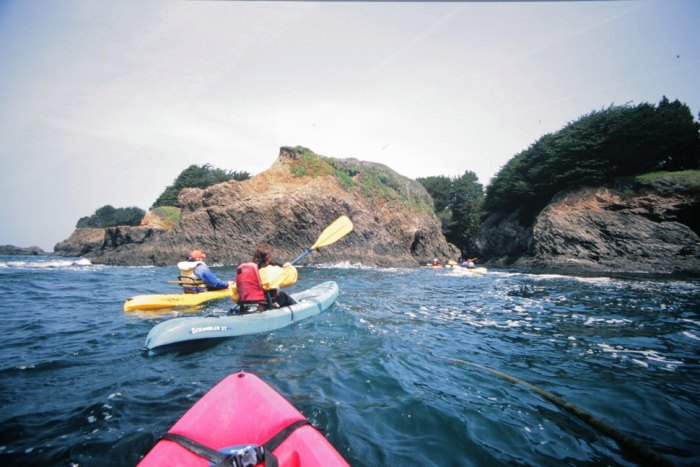 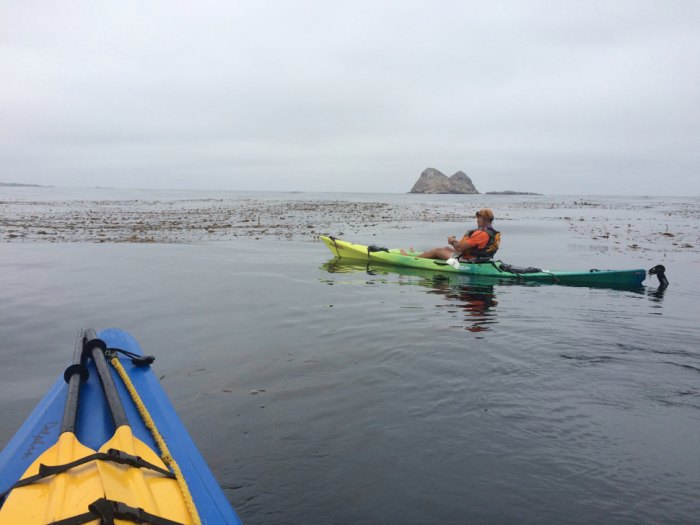 The calm before the storm? San Miguel Island. 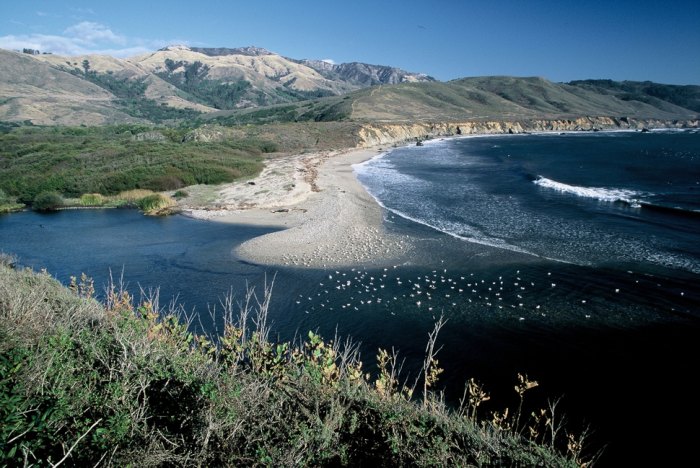 6 Classic Sea Kayak Locations in California
It might be a tough choice figuring out where to go paddle in California. After all, the Golden State is the most diversified state in the Lower 48. Rivers, lakes, the Pacific Ocean, it’s all on offer, so here are six choices worth considering.
Channel Islands National Park
This is a world-class kayaking destination also known as “the Galapagos Islands of the north.” There are plants and animals on the five islands found nowhere else on the planet and sea caves numbering well above the Mendoza Line. You’ll share teeming waters with five types of pinnipeds and don’t be surprised if a humpback whale or some other large marine mammal breaches off your bow. For guided kayak tours through the craggy grottoes, you can’t go wrong with Channel Islands Adventure Company, the lone concessionaire on the chain.
Mendocino
You’ll reap the best of both worlds while kayaking this epic Northern California destination. It’s loaded with Mordor-like sea caves and cathedral-like archways, but there are also several rivers that flow to the ocean. Just by timing incoming tides you can access runnels from the ocean such as Big River, Navarro Rivermouth and the Albion River. So in a matter of several strokes you can leave basking harbor seals and pigeon guillemots to raucous river otters and fish-nabbing ospreys. The bonus here is paddling beneath towering stands of redwoods along flatwater rivers. To get the most from the experience, paddle with Kayak Mendocino. They have a great place to launch and land in the deep cove at Van Damme State Park right off Highway 1.
Tomales Bay
Is the largest unspoiled watershed and wetland on the California Coast. This thriving wetland lies within the Point Reyes National Seashore. There are easy put-ins on either side of the bay, but all the camping for kayakers is on the west side of the bay. The campsites are sweet. Try Blue Gum Beach near the mouth of Tomales Bay and fall asleep to roaring surf. Wildlife abounds here too, so enjoy the howls of coyotes, teary-eyed mule deer, majestic Tule elk and curious river otters, not to mention some of the 490 bird species that have been recorded within the National Seashore. To immerse oneself in Tomales Bay try Bluewaters Kayaks, especially for one of their cool bioluminescence tours.
Big Sur
For the more experienced kayaker, a paddling trip down the daunting Big Sur Coast won’t disappoint. There’s really nothing simple about kayaking the roughly 60-mile stretch of coast. Sheer cliffs, rogue waves, potentially harrowing launches and landings and not many viable places to camp makes Big Sur a rewarding place to paddle. Andrew Molera State Park is probably the best bet for a reasonable launch in a somewhat secluded cove. The Big Sur Coast is exposed to north and south swells so minding the surf while kayaking, whether it’s pounding the coast or exploding on some offshore mysto reef, can’t be taken lightly. Keep an eye out for various marine mammals along the way, and if you’re lucky an endangered California condor might be spotted soaring overhead or perched on a cliff.
Port San Luis
Located just north of Avila Beach, there’s an easy, dry launch just south of the pier. From there it’s an easy paddle to the kelp bed where rafts of southern sea otters like to wrap up in the kelp, tend to their young and groom. From there, kayak north to the breakwall where California sea lions, harbor seals and a bevy of seabirds hang out. Don’t be shocked to see a humpback whale or two breaching further out. Long-time guide Vince Shay leads kayak tours in the region out of his shop at Avila Beach Paddlesports.
Salton Sea
California’s largest lake is also man-made. Located in the southeast corner of California, it is part of the Colorado Desert with 110 miles of briny shoreline. Best time is during the winter when temps are mild. It’s definitely one of the quirkiest destinations to paddle. Tweakers, desert rats, mystics, drug runners and coyotes – both of the two and four-legged variety, make the Salton Sea anything but boring. Combine that with some amazing geological wonders and over 400 bird species and the Salton Sea never disappoints. Good places to launch are the Salton Sea State Recreation Area and 40 miles south just before Niland at the dilapidated boat launch.
The article was originally published on Canoe & Kayak

6 Classic Sea Kayak Locations in California
It might be a tough choice figuring out where to go paddle in California.