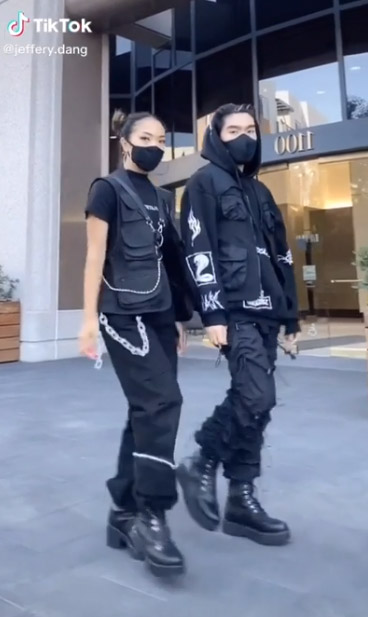 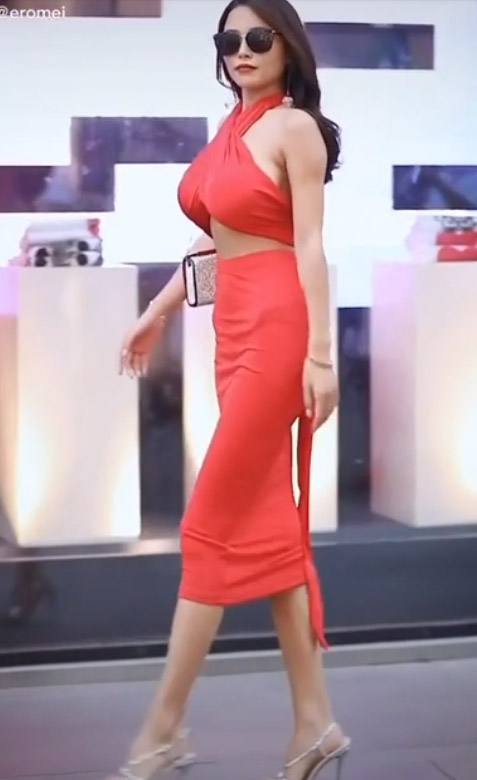 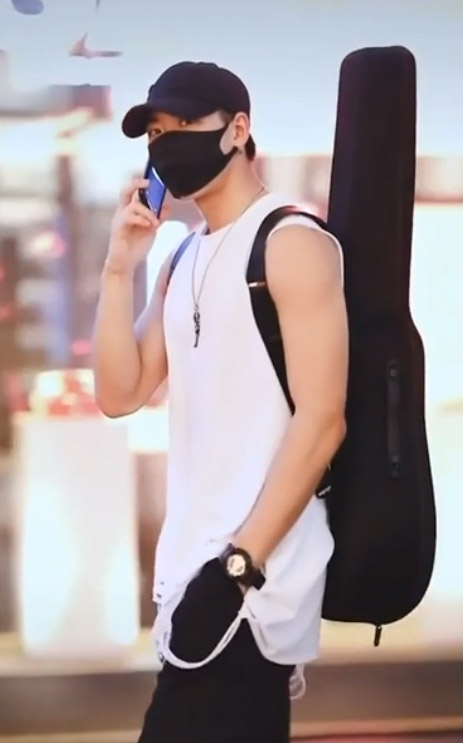 Chinese Street Style Is Taking Over TikTok
TikTok trends move at breakneck speed. One week, your feed will be inundated with “Savage” dance challenges, and the next week it’s videos showing what you would wear as a TV character. Over the past few weeks, however, a new trend has emerged that’s all about documenting street style, specifically Chinese street style. Slow-motion clips of fashion fans in Shanghai, Beijing, and more walking down the street while wearing impossibly cool outfits have taken over the app. If you’re on TikTok, you’ve likely come across some of these impeccable fits. Often set to the tune of Blackpink’s “How You Like That,” the clips feature ensembles ranging from discreet, all-black outfits that are impeccably tailored and layered to more flashy streetwear looks from labels such as Balenciaga, Misbhv, and Vetements. In almost every video, the subjects will stare directly into the camera, almost acknowledging our fascinated stares from the other side of the screen.
It’s hard to say when this kind of video took off, but they’re now racking in millions of likes on TikTok. There are a few key accounts that have made this growing trend their focus, including pages such as @eromei, @sh1ryinyin, @curioussyd, and @marstruck. One could easily spend hours watching these pages and the runway-ready looks they chronicle.
Fans of these videos have begun asking some critical questions in the comments section—mainly about the logistics of shooting them. A popular pondering is who exactly is shooting these, and why does every street-style subject look directly into the lens, as though they’re in on the shoot? Is this an orchestrated production, or are they magical candids? Anna Mei, who runs @eromei and compiles the street-style videos on her popular page, tells Vogue that the footage is actually sourced from different videographers on Douyin, the Chinese version of TikTok. According to a report from BuzzFeed, these videographers tend to “congregate in a few very specific areas across China,” capturing subjects in places such as the shopping district Taikoo Li in Chengdu, Beijing’s dining and nightlife district Sanlitun, and Shanghai’s fashion district Xintiandi. BuzzFeed also reports that many of the subjects are models or influencers who are in on the action.
Even if these videos are pre-planned, the end result isn’t any less captivating. In fact, the trend has inspired a large number of TikTok creators to recreate this specific style of shooting. Friends Jeffery Dang (@jeffery.dang) and Nava Rose (the.navarose), for instance, produced this video, which is inspired by the Chinese street-style trend. The two creators, both big fans of Asian streetwear brands, were instantly drawn to the confident energy that many of the Chinese street-style stars exude, and they wanted to recreate it in their own way. “Chinese street style inspires me [because of] the versatility and confidence that each person has,” says Dang. “Each person has their own original and specific taste in clothing, whether they are styling basics, culturalwear, or loud pieces.”