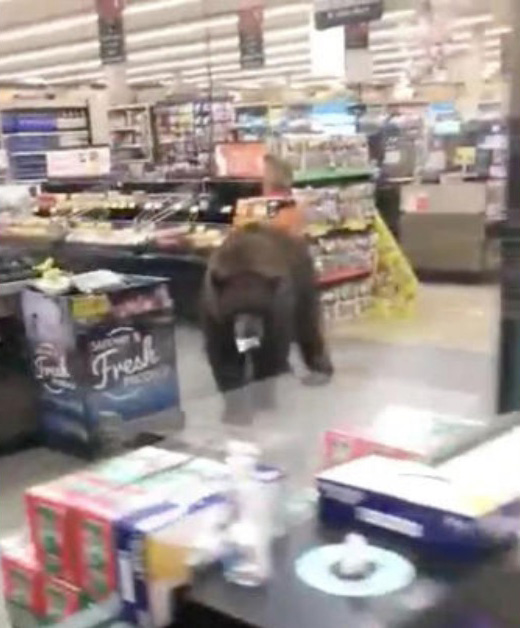 Bear necessities? Furry visitor on the prowl in California store
(Reuters) - At a North California supermarket last week, one visitor likely had only one thing in mind - the bear necessities.
Shoppers at the Kings Beach Safeway by Lake Tahoe found an otherwise routine trip to the store on Aug. 25 disrupted by an inquisitive bear in the produce aisle, video footage posted online showed.
“We were just calmly arriving at the store. I didn’t even imagine what we were going to find,” said shopper Rubi Nevarez, who provided video to Reuters. “As far as I know, this is the second time this has happened.”
Local media reported a bear visited the same store on Aug. 18 - and exited with a bag of tortilla chips.
It wasn’t clear what the bear spotted by Nevarez was looking for but the bold animal left without a fuss in the end.
“The bear went out by itself after seeing all the commotion he caused,” said Nevarez.
(This story corrects date of previous reported bear visit to Aug. 18, not 21, in paragraph 4)
Writing by Kenneth Maxwell; Editing by Edwina Gibbs

Bear necessities? Furry visitor on the prowl in California store