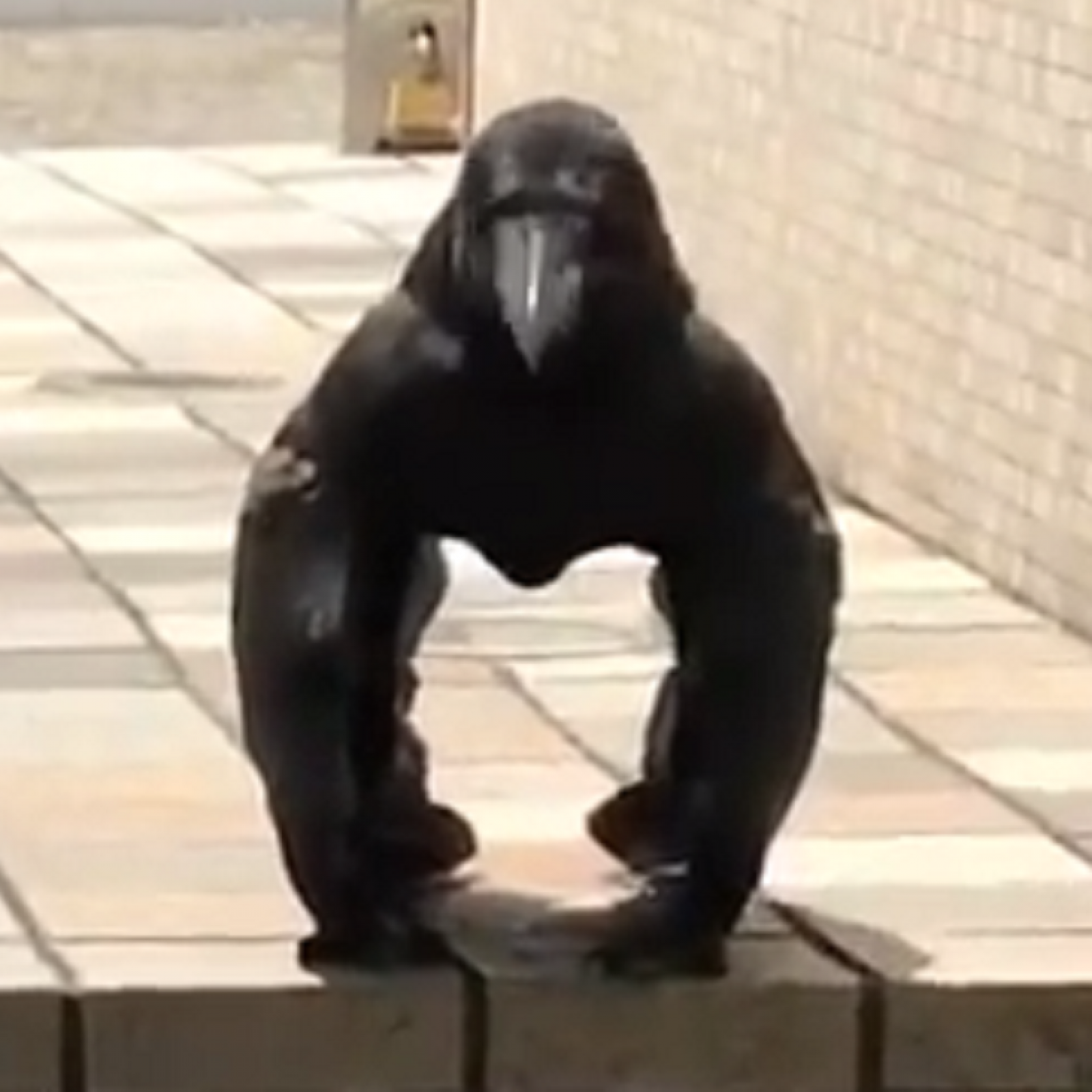 A weird video showing a crow that bears an eerie resemblance to a gorilla has gone viral online with viewers scratching their heads over what they are seeing. The footage of the curious-looking creature was reportedly captured at a shopping center in Japan last Thursday by a man named Keitaro Simpson. The bewildered observer managed to film a few seconds of the strange sight and subsequently posted the video to Twitter where it has garnered a whopping 10 million views so far.

Thanks to the power of the internet, the answer to why the bird seemed to have taken on a simian stance was swiftly provided by a crow expert who spotted the video online and offered an explanation. According to Kaeli Swift of the University of Washington, the crow was actually sunning itself and, when they exhibit such behavior, they "drop their wings and cock their tails." When seen from a certain angle, such as in the viral video, the creature's wings can obscure its legs and make it look like they are missing.