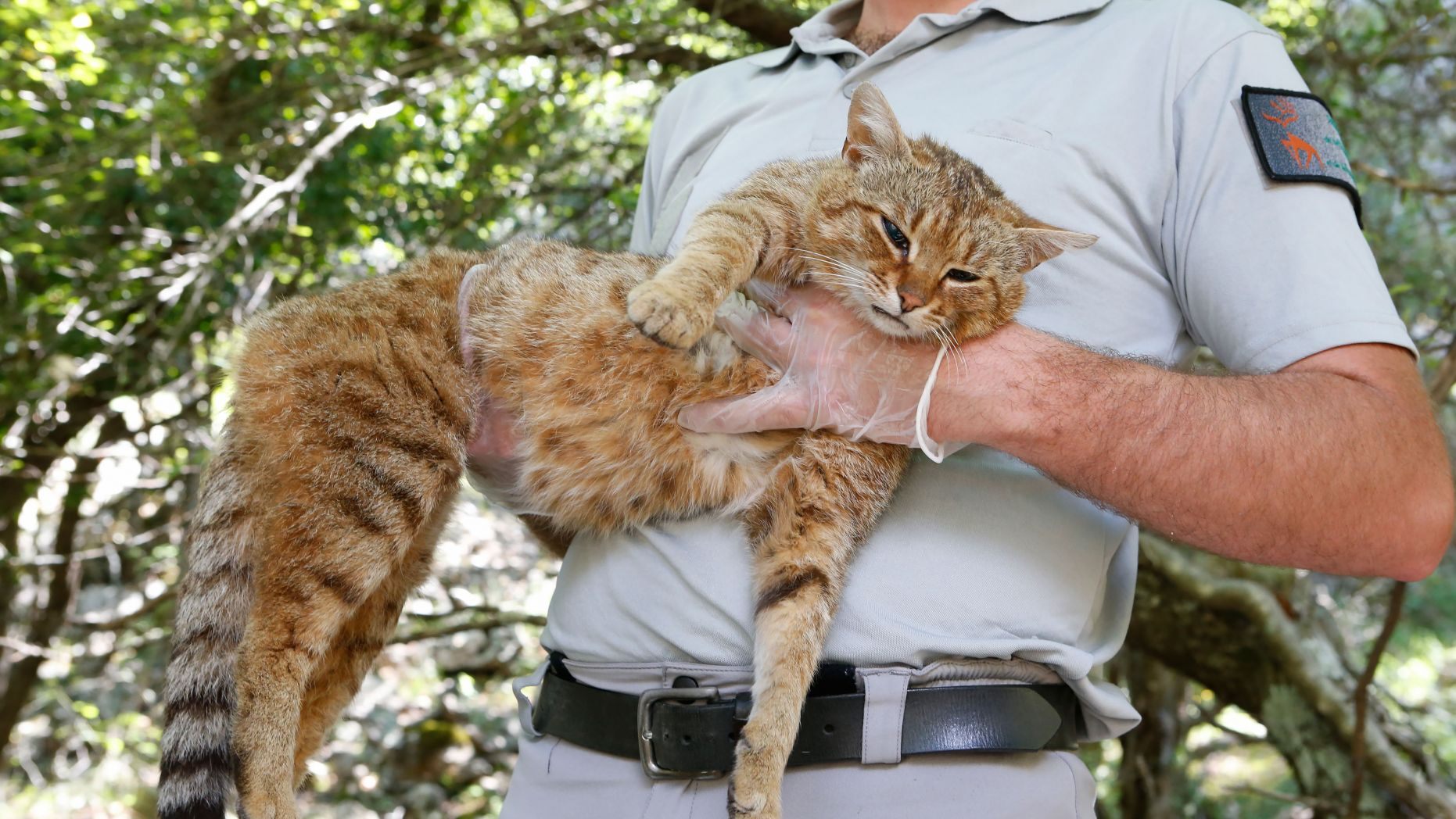 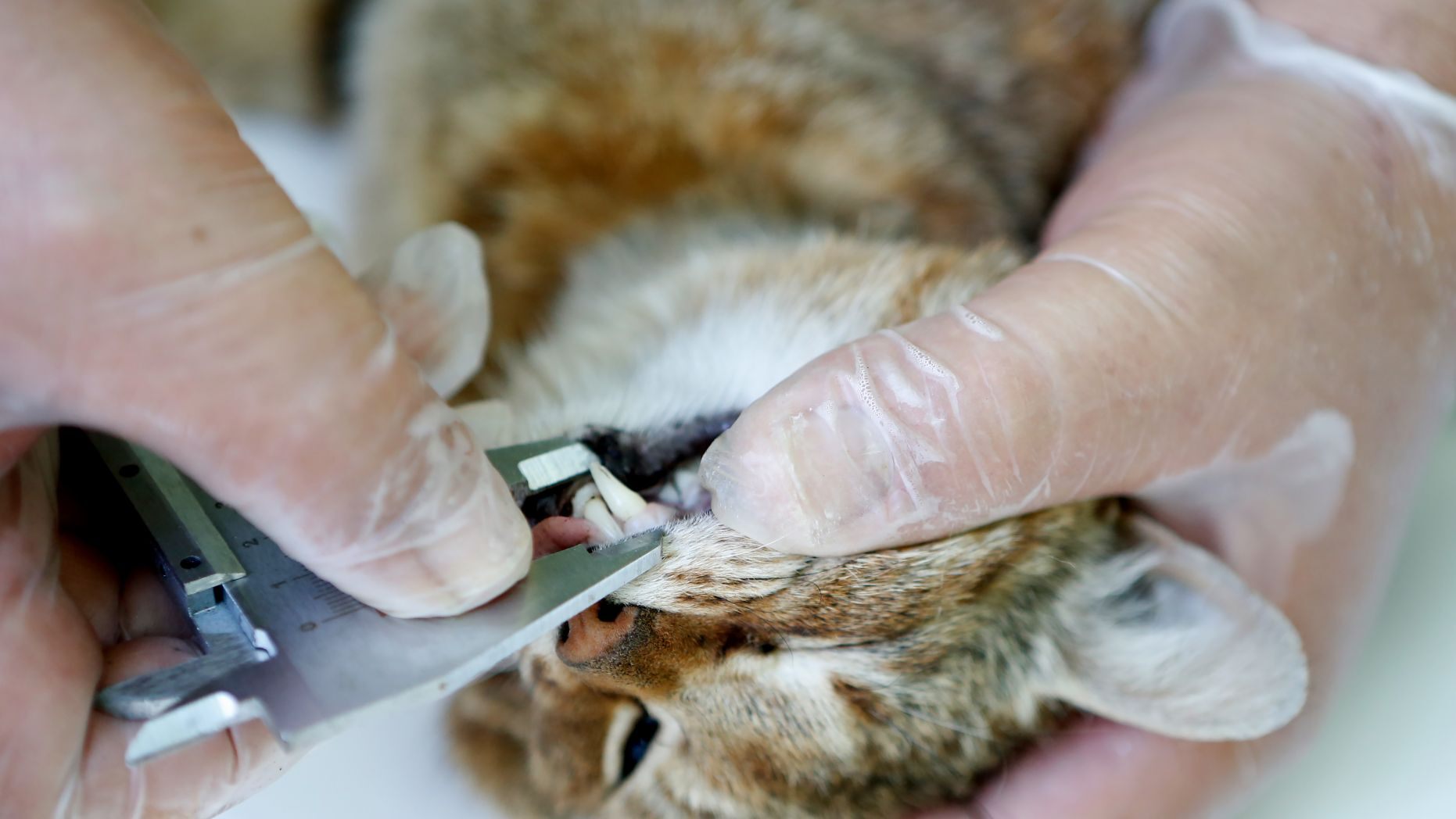 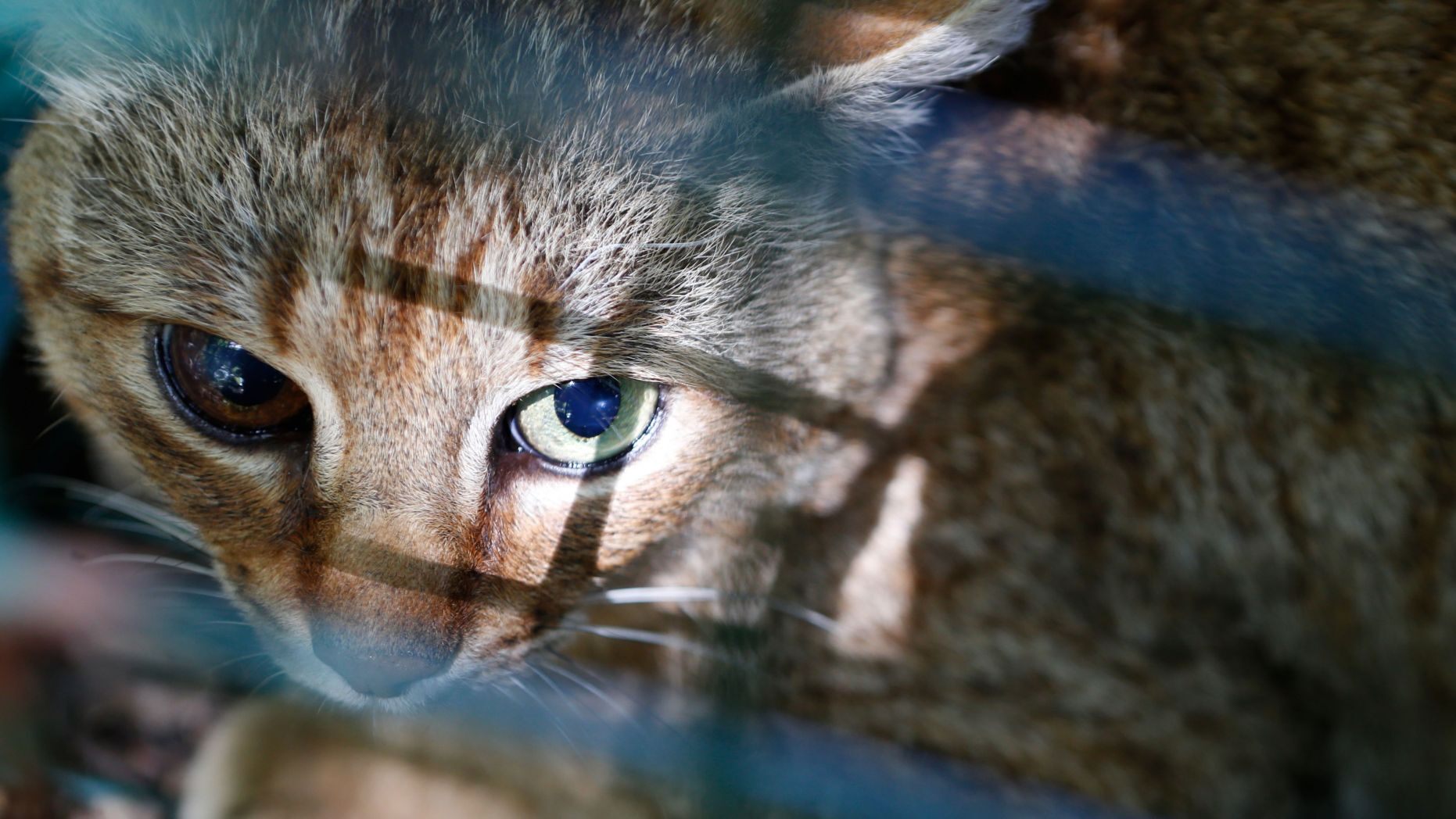 Wildlife experts on the French island of Corsica have discovered an unusual “cat-fox,” which may be a new species.

AFP reports that a number of the felines have been captured in the northern part of the Mediterranean island by officials from France’s National Hunting and Wildlife Office (ONCFS).

Known as “chat-renard” (cat-fox) in French and “Ghjattu volpe” in the Corsican language, the animals have long been part of local legend. Not surprisingly, the felines are generating plenty of buzz.

Wildlife rangers showed AFP a “cat-fox” that had been captured in Corsica’s Asco Forest. Measuring about 35 inches from head to tail, the animal has “very wide” ears, “highly developed” canines and short whiskers, according to officials. The animal also has a thick coat, stripes on its front legs and dark hind legs.

An employee of the French Forest and Hunting Office (Office Nationale des Forets et de la Chasse) measures the teeth of a "cat-fox" on June 12, 2019 in Asco on the French Mediterranean island of Corsica. (PASCAL POCHARD-CASABIANCA/AFP/Getty Images)

A “cat-fox” was found in a chicken coop in 2008, sparking research into the elusive animals. Since 2016 officials have captured 12 of 16 “cat-foxes” spotted in the local area. After the felines are studied, they are released.

In a tweet, which has been translated from the Corsican language, Gilles Simeoni, president of Corsica’s executive council, thanked the ONCF team for its work on the project. Corsica, he noted, is a "paradise of animal and plant biodiversity."

Mystery still swirls around many aspects of the “cat-fox,” such as its diet, reproductive patterns and its origins, according to AFP. Experts say that the animal is different from the European wildcat, which is found across much of Europe, and there is speculation that the species may have originated in the Middle East.

Other unusual animals have been getting attention in recent months.

Earlier this year, a hiker in Southern California thought he had found an abandoned puppy in a canyon. The cute animal, however, was not all that it seemed. When wildlife officers examined the creature, they realized that it was a coyote pup.