Astronomers have discovered a puzzling and rather sizeable mass of metallic material beneath the surface of the moon. The intriguing find, announced this week in a paper published in the journal Geophysical Research Letters, is reportedly located under an enormous crater dubbed the South Pole-Aitken basin which covers a whopping 1,240 miles of the lunar surface. While analyzing data from NASA projects that looked at the gravity and topography of the moon, scientists were surprised to spot an anomaly in the crater that left them scratching their heads.

"Imagine taking a pile of metal five times larger than the Big Island of Hawaii and burying it underground, lead author Peter B. James marveled in a press release announcing the discovery, "that's roughly how much unexpected mass we detected." Specifically, the odd anomaly sits around 180 miles beneath the lunar surface. The prevailing theory among the researchers is that the mystery mass may be a remnant of the asteroid which struck the moon and created the South Pole-Aitken basin.

While that, or some other prosaic explanation, is most likely the case, the remarkable find will undoubtedly pique the interest of conspiracy theorists and space anomaly enthusiasts, especially since the oddity happens to be located on the notorious 'dark side' of the moon. Some imaginative observers have already gone so far as to suggest that the large metallic mass could be an underground base of some kind or perhaps proof that the moon is actually a spaceship rather than a natural celestial body. 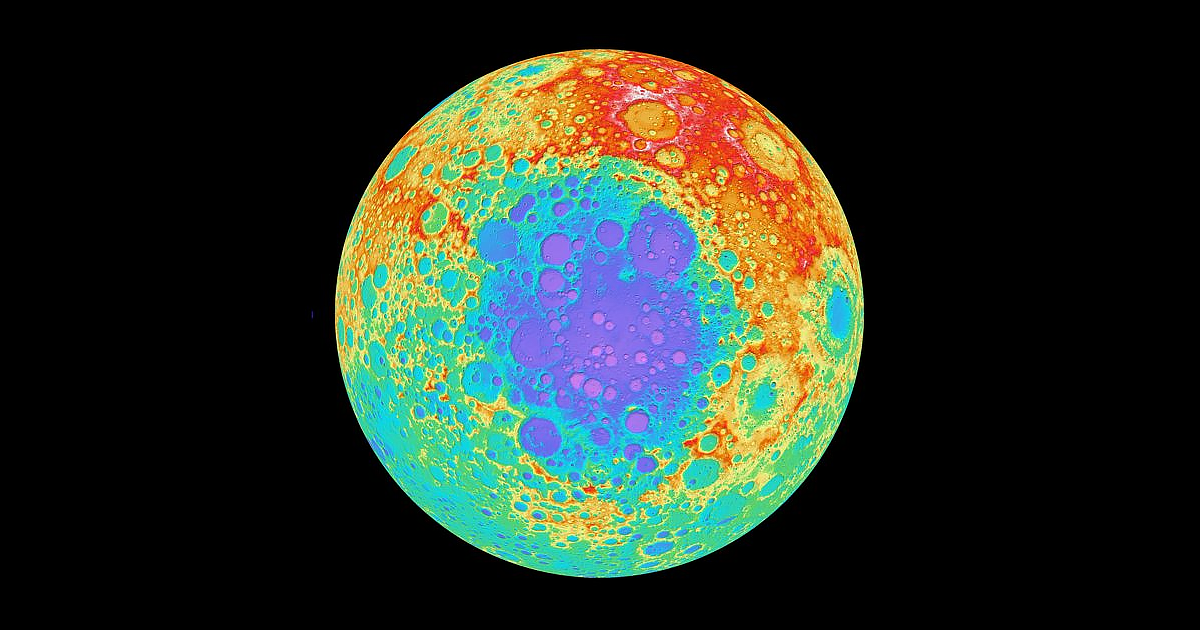 Giant Mysterious Mass Found Beneath Surface of the Moon